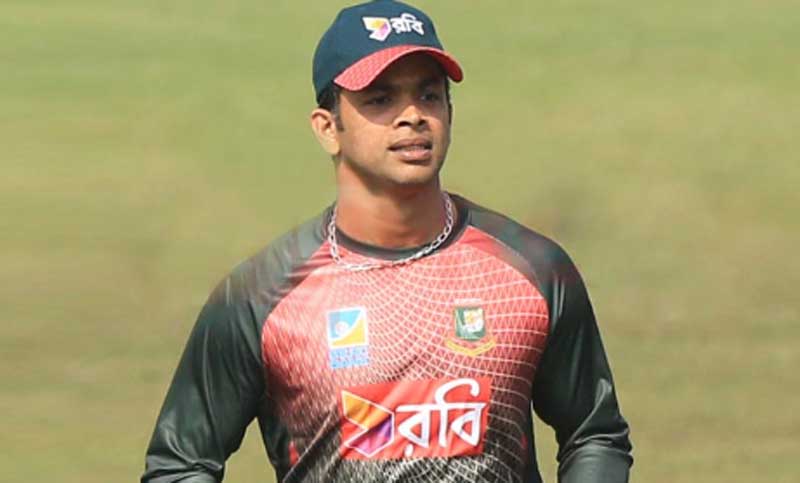 A couple of days after Bangladesh clinched their maiden U-19 World Cup by defeating India by three wickets in the final at Potchefstroom, former Bangladesh left-arm spinner Abdur Razzak spoke exclusively to Ritam Basu from his Khulna residence about the decisive factors in Bangladesh’s historic win, the players from this batch who could be picked for the senior team soon, the ugly brawl that broke out in the aftermath of Bangladesh’s victory, Bangladesh’s abysmal Test record of late and various other things.

Currently captaining the Khulna division and the South Zone in Bangladesh’s domestic cricket, Razzak is the third-highest wicket-taker behind Shakib Al Hasan and Mashrafe Mortaza in his country’s cricket history with 279 international wickets.

Q: What according to you was the biggest factor that led to Bangladesh’s win in the U-19 World Cup final?

Razzak: I think what stood out about this particular batch of players was that they played together for the past two years, so it was not a case of assembling 15 young boys a few months before the U-19 World Cup. The Bangladesh Cricket Board must be lauded for scouting these talents and persisting with them much before the actual preparation for the tournament began because it knew that apart from two or three players, majority of them would make the final squad.

Q: How much did winning the toss help Bangladesh in the final?

Razzak: The toss was very vital because the team batting first on that wicket was always going to struggle with there being so much of moisture on it and the ball moving so sharply in the first 10 to 15 overs. Remember, these young boys had had very little experience of playing in such conditions and under so much pressure.  I would still say that India would’ve competed better had they managed to get around 80 from their first 20 overs as compared to the 63 that they got. Bangladesh also fielded brilliantly to ensure that every run scored had to be earned by the Indians. These boys being so young failed to force a comeback once they lost the plot after the first 20 overs. You cannot compare their maturity with that of the senior players. Bangladesh, on the other hand, scored the bulk of their runs in their first 20 overs, which enabled them to recover even after losing so many wickets in the middle phase. In fact, we played aggressive cricket throughout the tournament.

Q: Out of these 15 Bangladeshi players, which four or five captured your attention the most? How long do you think will it take them to be picked for the senior team?

Razzak: I personally know many of these boys for a long time now. I loved the way our captain Akbar Ali kept his calm and batted with the tailenders to eke out a victory in the final. He looked very composed even after Bangladesh had lost seven wickets and it was evident that he had a plan. What impressed me the most was the way he executed it. I also enjoyed watching the two spinners (Rakibul Hasan and Hasan Murad), the left-arm pacer Shoriful Islam and Mahmudul Hasan Joy play. All of them have shown a very positive attitude, but international cricket is a different ball game altogether. I believe four or five players from this U-19 team would go on to play for the senior team very soon, but they aren’t ready for that challenge yet.

Q:  One of the biggest takeaways for Bangladesh from the tournament was the performance of their pace unit. What measures do you think should the Bangladesh Cricket Board adopt to ensure a strong supply line of fast bowlers to the senior side, which they currently lack?

Razzak:  Since I am still playing domestic cricket in Bangladesh, I can tell you that there has been a palpable change in the nature of wickets now as compared to the ones we played on two years ago.  Earlier, the norm in our first-class cricket was to produce turning pitches because spin has traditionally been our stronger suit. However, the BCB and the domestic teams have recently shifted their focus to producing more pace-friendly pitches with a view to promoting fast bowlers and helping batsmen get accustomed to such conditions. I currently lead the Khulna team and also the South Zone, and I insist on picking three pacers for every match even if the surfaces are not so pace-friendly. Quality fast bowlers will emerge only if there is a good pace-bowling culture in domestic cricket. Also, fast bowlers have to be nursed well for them to produce good results consistently.

Q: What is your assessment of the two left-arm spinners from the U-19 World Cup-winning team, namely Rakibul Hasan and Hasan Murad?

Razzak: Both of them are exceptionally talented but they still have a lot of room for improvement. They need to turn the ball more and develop a few variations. It will happen over time.

Q: The post-final scuffle between the two teams has led to the punishment of five players from both camps. Why do Bangladesh get mired in such controversies so often?

Razzak: What players from both teams did after the final was completely unacceptable. You’re playing the gentleman’s game with millions of people watching you on TV. You cannot behave like hooligans. It’s good that the ICC has taken strict action against the offenders, but I expect both cricket boards to be sterner in dealing with the issue. They’re kids and their sole focus at the moment should be on personal improvement. I am very disappointed with our boys’ behaviour, but I don’t support the Indians’ conduct either. I think the support staff of both teams didn’t do enough to avoid the fracas.

Q: How do things stand in Bangladesh’s domestic cricket at the moment? Has the quality improved, remained the same, or deteriorated over the years?

Razzak: There has been a massive improvement. Like I said before, we play on more pace-friendly surfaces now than we used to do five years ago. The players have become more competitive and the quality of cricket being played is decent. I hear that the BCB is planning to set up a Centre of Excellence soon, which will be a big boost to our cricket.

Q: Why doesn’t it get reflected in Bangladesh’s Test performances then?

Razzak: It will take some time. It’s true that our performance in Test cricket has been a huge letdown compared to our performances in limited-overs cricket. But the change in our domestic cricket that I was referring to has taken place only recently. I think we’ll see a better Bangladeshi Test side in another three years’ time with new players coming in and the quality of domestic cricket getting better.

Q: Do you think these U-19 players should be kept aside from the glitz and razzmatazz of the Bangladesh Premier League for a while so that they can be groomed better for the rigours of Test cricket?

Razzak: How long can you keep them away? Young boys want to play everything. The BPL offers them a lot of money and you need money to have a secure future, right? I think the fees of the first-class cricketers here should be increased. Nobody should feel left out on the financial front.

Q: During your international career, you and Shakib Al Hasan formed a formidable spin-bowling pair. Why have Bangladesh’s spinners, especially Mehidy Hasan Miraz, suffered a slump of late?

Razzak: It’s a good question to ask. All the spinners currently playing for the national team are very young and therefore inexperienced. Test cricket is the acid test for any bowler. Even if you take loads of wickets in domestic cricket, you’ll have to start from scratch at the Test level because it’s completely different from whatever cricket you’ve played before. I hope Mehidy and Taijul (Islam) will learn many things and get better as they go along. I like the off-spinner Nayeem Hasan very much. He has done well in the few games he has played so far. With Mehidy, I feel that the issue is more psychological than technical. I’ve seen his growth right from his childhood because both of us play for Khulna. In fact, I spoke to him a few days ago on the phone and gave him some advice. Because he attained so much of fame at such an early age, he is finding it difficult to cope with this phase where he isn’t getting much success. I am sure he’ll strike form soon.

Q: Have you spoken to Shakib Al Hasan lately?

Razzak: Yes. Shakib and I often converse with each other on the phone. Generally, we discuss only one or two things about cricket and the rest of the discussion is about everything else. (Laughs). Every Bangladeshi is eager to see him return to the international fold.

Q: The last question. Can we expect to see you in any coaching role in the near future?

Razzak: I cannot stay away from the game for long. Coaching is something I really want to do once I quit playing cricket, but at the moment I am thoroughly enjoying playing cricket and want to continue as a player for some more time.