Indian bowlers dismissed New Zealand for 62 in their first innings and decided not to enforce the follow-on. Virat Kohli asked his batters to come out for the second time. It was Cheteshwar Pujara who opened along with Mayank Agarwal in the second innings and not Shubman Gill. Gill took a blow to his elbow while fielding in the first innings.

The Indian opener is now under treatment and has not been asked to open the batting as a precautionary measure. Fielding at short leg Shubman Gill copped up a blow from Henry Nicholls in the 13th over of the Kiwi innings. He was attended immediately by Team India physio Nitin Patel and was taken for further treatment. He left the field immediately with Surykumar Yadav replacing him.

The BCCI also came out with an update on Shubman Gill’s injury. Shubman Gill suffered a blow to his right elbow while fielding in the first innings. He has not recovered completely and hence not taken the field as a precautionary measure.” read its statement on Twitter.

🚨 Update 🚨: Shubman Gill suffered a blow to his right elbow while fielding in the first innings. He has not recovered completely and hence not taken the field as a precautionary measure.#TeamIndia #INDvNZ @Paytm pic.twitter.com/UqSzXYTce2

Gill scored a classy 44 in the first innings and added an opening stand of 80 with Mayank Agarwal who went onto score 150 himself. Meanwhile, as many as 16 wickets fell in the day’s play as the spinners dominated proceedings.

Ajaz Patel created history by taking all 10 wickets of India in the first innings. He thus became the third bowler in the format to achieve this feat after Jim Laker and Anil Kumble. 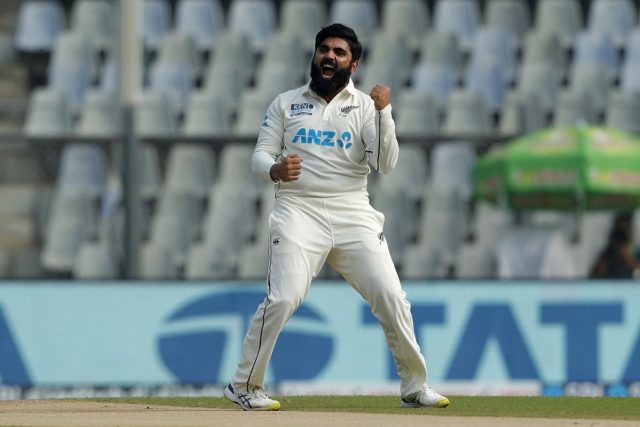 Reacting to the special feat, Ajaz Patel stated that it is a very special moment for him and his family. Speaking at the mid-innings break, the left-arm spinner said:

“I think I am very fortunate. The stars have aligned for me to have an occassion like that here in Mumbai. To be born here and come back here and do it is pretty special. I’m in very illustrious company, with Kumble sir as well.

“Quite a special occasion for me and not just me but my family. Unfortunately for me, they’re not here because of Covid. Honestly, it’s pretty surreal, I don’t think you will ever believe that you would achieve something like this so to do it in my career is pretty special” he added.

The Indian bowlers then got together to bowl out the Kiwis for 62. Mohammed Siraj took three wickets. Ravichandran Ashwin took four and Axar Patel took three.