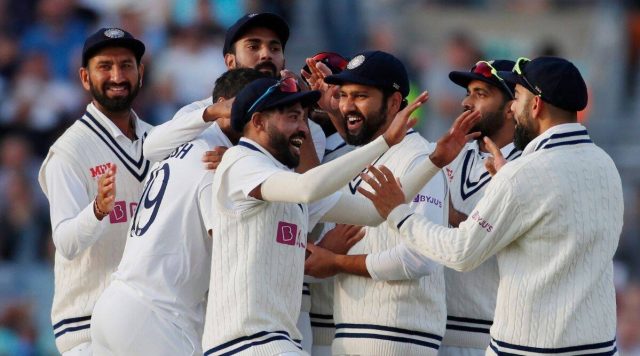 The All India Senior Selection Committee on Friday announced a 16-member squad that will lock horns with New Zealand in a two-match Test series, starting November 25 in Kanpur. India will be without Rohit Sharma, Rishabh Pant, Jasprit Bumrah, and Mohammad Shami while Virat Kohli will return for the 2nd Test, which will be played from December 3 to 7, and lead the side.

Test veteran Ajinkya Rahane will captain India in Kanpur, with Cheteshwar Pujara named his deputy. Shubman Gill, who missed the Test series against England has made a comeback along with uncapped Shreyas Iyer, who has been part of the red-ball squad in the past but is yet to make his Test debut.

On that note, let’s take a look at 3 deserving players who missed out on India’s Test squad.

Hanuma Vihari was one of the surprising names that were missing from the squad. Social media went into a frenzy with Vihari’s omission, who has not played a Test match since his heroics against Australia.

The cricketer from Andhra copped up a hamstring injury in that game and missed a couple of games but later returned to action and recently played the Syed Mushtaq Ali Trophy.

His omission caused quite an uproar and BCCI later stated that he has been added to India A squad scheduled to travel to South Africa. As the middle-order woes continue to haunt India, the likes of Vihari should get a long rope.

Prithvi Shaw is another surprising name to miss out from India’s squad for the Test series against New Zealand. Shaw, who was called as a back-up opener for the England series after Shubman Gill was ruled out, warmed the benches.

However, he was dropped from the squad without any explanation despite being in good form. Shubman Gill is likely to be used in the middle order, leaving KL Rahul and Mayank Agarwal as the only two frontline openers in the side.

Despite only having two regular openers in the side, why Prithvi Shaw didn’t make the cut is a question only the stakeholders can answer.

If at all performances of first-class cricket are counted, Jaydev Undarkat would have been in any team. In the last Ranji season in 2019-20 before COVID hit the world, the left-arm pacer picked up a record-breaking 67 wickets that culminated in Saurashtra’s historic win.

He has consistently done well in the domestic circuit and is one of the leading wicket-takers in the last couple of years. He has 327 wickets in 89 first-class matches at an average of 23.21 and certainly deserves to add more caps to his tally of one Test.