All-rounder Axar Patel was India’s star performer on Day three of the ongoing test match against New Zealand at the Green Park in Kanpur. On the back of his performance, India managed a led of 49 runs, dismissing the Kiwis for 296 in the first innings.

Axar took 5/62, dismissing the likes of Ross Taylor, Henry Nicholls, Tom Bundell, Tim Southee, and the well-set Tom Latham, who was nearing a hundred. In the 103rd over of the innings, Latham tried to step out to a short and wide delivery. However, the ball took the inside edge of his bat, and hit the ground, before KS Bharat whipped the bails off the stumps.

In a conversation with Ravichandran Ashwin post-match, Axar revealed how the senior spinner’s advice helped him to bag Latham’s wicket. He said,

“Jinx (captain Ajinkya Rahane) told me that it would be my last over after which (Ravindra) Jadeja would come on from my end. I was bowling to him (Latham) on stumps but he was not sweeping or stepping out. Our senior spinner, whose name is Ravichandran Ashwin (smiles), was standing at mid-on and constantly telling me to bowl the ball away from the batter.”

“Since I had only over left, I decided to try it and told the captain to send point back. Then, I bowled it away from the batter,” Axar added.

You don't want to miss this rendezvous with the #TeamIndia trio after Day 3 of the Kanpur Test. 👌- By @28anand

I had 12 minutes to get my taping and stuff: KS Bharat 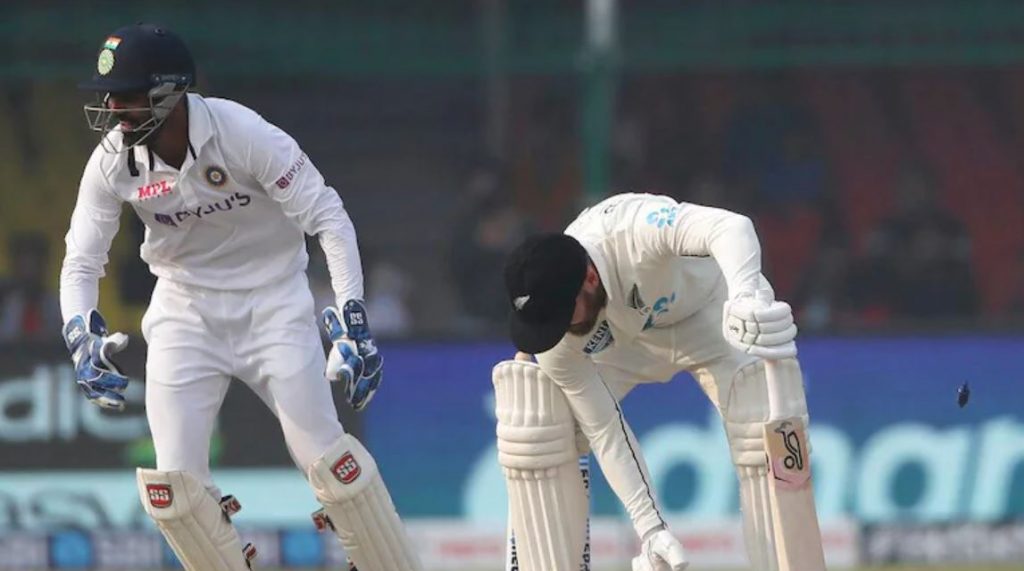 Earlier in the day, Tom Latham survived a close call, as India failed to review an LBW appeal. Latham who was batting on 66, was caught in front of the stumps, against Ravichandran Ashwin. However, wicket-keeper KS Bharat reckoned that ball had hit the bat first and convinced the skipper to not review the decision. Later, the replays revealed, that there was no bat involved.

“I was so confident that it hit his (Latham) bat. Later, when we saw that slow-motion, it hit his front pad and then back pad. I am so sorry.”

KS Bharat came in as a substitute wicket-keeper, as Wriddhiman Saha complained of a stiff neck. “I was just doing my morning routines and suddenly the support staff asked me to be ready. I had 12 minutes to get my taping and stuff. It just happened like that,” said KS Bharat.