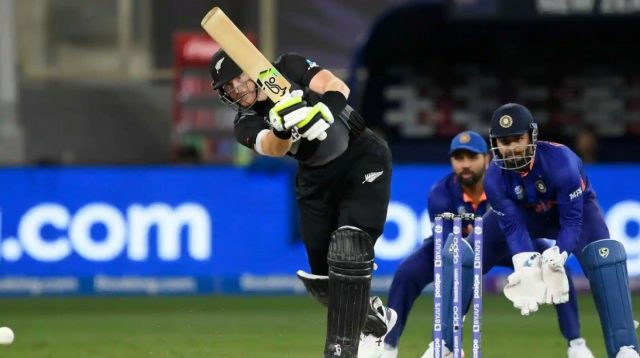 The T20I series between India and New Zealand is all set to begin on Wednesday, November 7, with the first T20I. The Sawai Mansingh Stadium in Jaipur will host the clash.

The series will mark a new beginning in Indian cricket, with Rohit Sharma taking over as the captain of the T20 team and Rahul Dravid as the head coach of the side. The team includes new and young players as the regulars have been rested.

The likes of Venkatesh Iyer, Harshal Patel, and Avesh Khan have earned their maiden call-up this series. After the debacle of the ICC T20 World Cup 2021, the Indian team will be keen to make a fresh start in the series.

#TeamIndia get into the groove for the #INDvNZ T20I series. 👌 👌

How excited are you to see them in action? 👏 👏 pic.twitter.com/Q3sNrdjnYA

On the other hand, New Zealand is coming on the back of a brilliant campaign in the T20 World Cup. Though they lost to Australia in the finals, the team will be riding high on confidence. With Kane Williamson opting to rest, Tim Southee will lead the New Zealand squad in the T20 series. With two, strong units facing each other, we are in for an interesting match on Wednesday.

On the ground in Jaipur! Full training for the Test Squad group in the morning and then a short runaround for the T20 Squad just in from the UAE in the afternoon at Sawai Mansingh Stadium ahead of the first T20 against India on Wednesday (Thursday morning NZT). #INDvNZ pic.twitter.com/LyTcGBR8bS

The match is expected to be high-scoring as the surface at the Sawai Mansingh Stadium, often favors the batters. With dew expected to come in later in the match, the team that wins the toss is likely to chase. 170-180 should be a good total on this track.