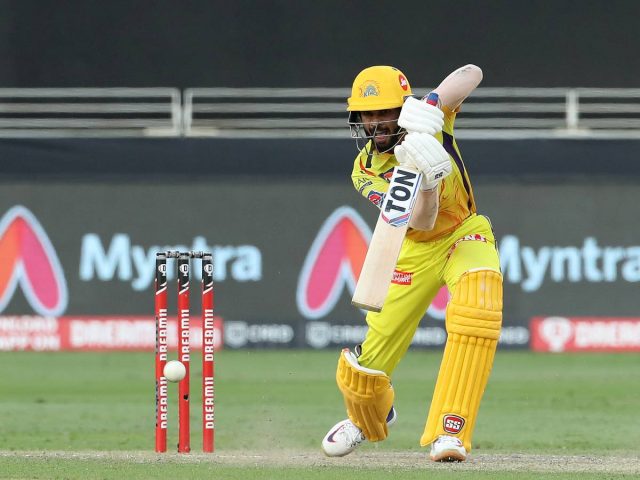 Former cricketer Sunil Gavaskar has expressed his excitement to see young cricketers getting India call-ups for the upcoming T20I series against New Zealand. The Board of Control for Cricket in India announced a 16-member T20 squad recently.

The team consists of young talents such as the likes of Venkatesh Iyer and Avesh Khan, Ruturaj Gaikwad, and Harshal Patel. All four players have been awarded a place, for their brilliant performance in the Indian Premier League 2021. Harshal Patel was the purple cap holder, while Ruturaj Gaikwad won the orange cap. He scored 635 runs in 16 matches, at an average of 45.35.

Sunil Gavaskar believes the Chennai Super Kings opener, has the potential to represent India in all formats. He also lauded Gaikwad’s vast repertoire of shots and his temperament to play in tough situations.

“I think he is a fabulous talent. He can serve India in all three formats in the time to come. He has got a range of shots and a great shot selection. He’s got the technique and he has shown the temperament to deal with any kind of pressure. It’s an exciting time to see how he develops as an international cricketer,” Gavaskar said on Sports Today.

Ruturaj Gaikwad made his debut for India this year in Sri Lanka, playing a T20I in Colombo. The opener failed to make much of an impact in the two games he played in the series. He will be keen to continue his dream run at the International level as well.

The T20I home series against New Zealand will begin from November 17 in Jaipur, followed by second and third T20Is in Ranchi and Kolkata respectively. The tour also includes two tests, starting from November 25 in Kanpur.