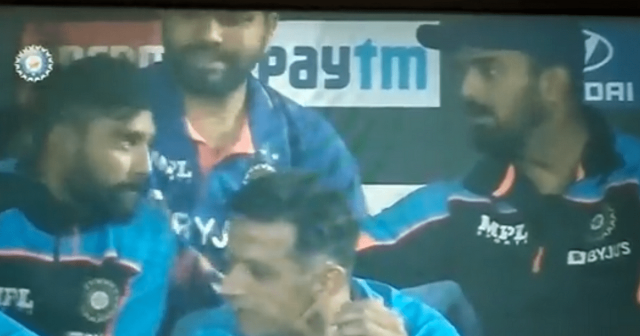 In the video, we can see Rohit Sharma hitting Siraj on his back after some conversation between the two. We can also see KL Rahul beside them in the dugout. Siraj and Rohit were observing something, after all, we saw Siraj laughing and Rohit hit him on his back.

It was great learning for them to understand what needs to be done: Rohit Sharma 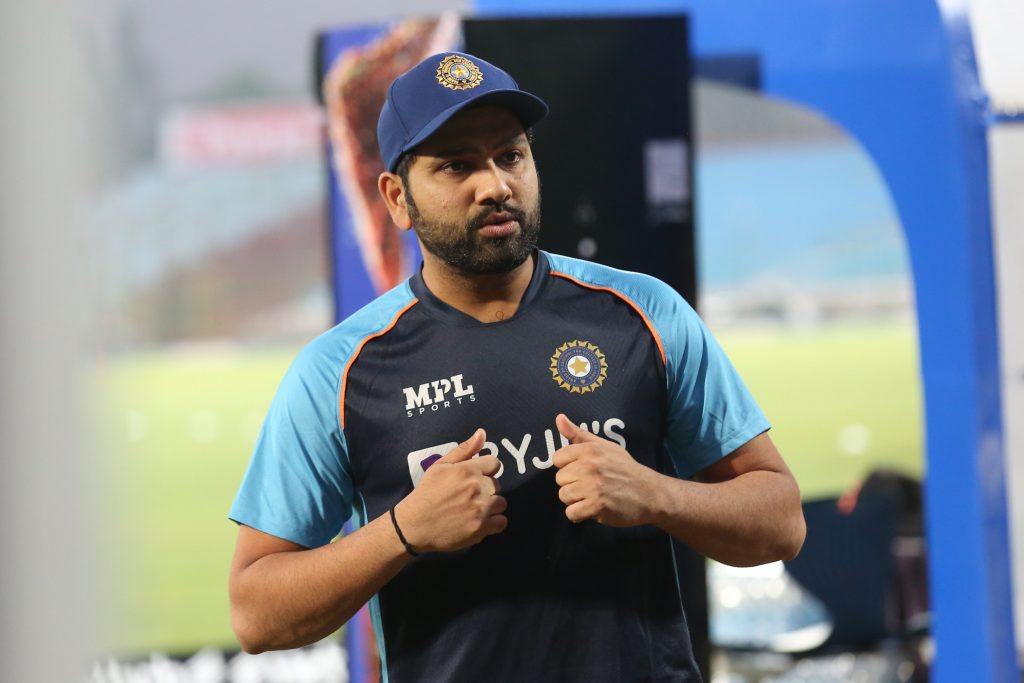 India won the 1st T20I against the blackcaps after a disappointing ICC T20 World Cup 2021 which was held in UAE a few days ago.

New Zealand was put in to bat first by Rohit Sharma they managed to score 165 runs in their 20 overs. However, India managed to chase down the target of 165 with 5 wickets and two balls to spare, taking a 1-0 lead in the 3 match T20 series.

The game went deep after, it was anyone’s game until the last over where Rishabh Pant hit the winnings runs for team India. Suryakumar’s brilliant 62 helped India chase down the target with 2 balls to spare. With 9 needed off 6 balls, Venkatesh Iyer smashed one for four but got out before Pant finishes things off with a stylish boundary over mid-off.

“Towards the end we saw it wasn’t easy, was a great learning for the guys because those guys haven’t batted in that situation before for India. It was great learning for them to understand what needs to be done, it’s not about power hitting all the time and you try and put the ball to the left or right of the fielder and try and take singles or find boundaries,” Rohit Sharma said at the post-match presentation.

“As a team we are happy that those guys got to bat in that situation and finished the game off. Technically was a good game, missing a few players and to come and see what the new players have in terms of ability and I think the way we pulled it back in the last 3-4 overs was magnificent. In the end, it was a great effort from all our bowlers,” he added.