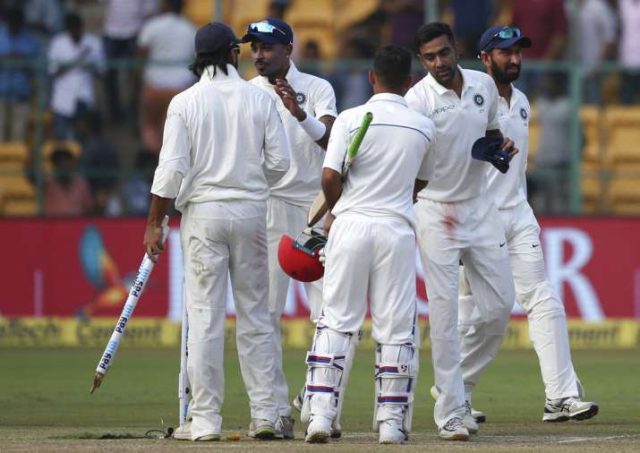 As dark clouds loom over the future of Afghanistan cricket, recent reports suggest India are likely to lock horns with Afghanistan in a one-off Test match early next year. A Taliban spokesperson, speaking on the cricketing matters of the country, gave the upcoming Test encounter with Australia the nod while also giving the proposed India series the green flag.

Speaking to The Indian Express, Hamid Shinwari, the chief executive officer of the Afghanistan Cricket Board (ACB), confirmed that the Taliban has approved the schedule to play against India early next year.

The @ICC ODI Super League matches as part of the first-ever bilateral series between Afghanistan and @TheRealPCB are postponed with mutual consent due logistical issues and lack of time for preparations.

“The Taliban government has been supporting cricket and all our cricket will be held as per schedule. A spokesperson of the Taliban Cultural Commission communicated to us that the Taliban will be supporting the Test match against Australia followed by a Test series against India in the first quarter of 2022,” Shinwari said.

ACB has maintained that the Taliban is supportive of going ahead with the cricketing schedule. However, the Afghanistan national men’s cricket team came into being after the Taliban rule ended in the country in 2001.

“They (Taliban) are supporting cricket and we have got the green signal from them. It’s a clear message to the youth that they will support sports. That is the best sign,” Shinwari said.

Former ACB Chairman @AzizullahFazli has been re-appointed as ACB's acting Chairman. He will oversee ACB's leadership and course of action for the upcoming competitions. pic.twitter.com/IRqekHq7Jt

Meanwhile, in 2020, the Afghanistan Cricket Board (ACB) gave central contracts to 25 women cricketers but as of now, it isn’t clear whether women’s cricket will be allowed in the country or not. When asked about the future of women’s cricket, Shinwari said:

“We don’t know at the moment. The government will decide on it.”