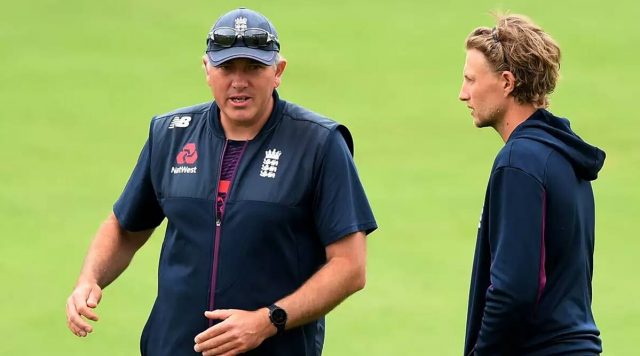 The Lord’s Test between England and India was filled with a lot of intense and thrilling moments. Many players were seen involved in a verbal exchange. One of the heated moments was when Jasprit Bumrah launched a barrage of bouncers against James Anderson. Meanwhile, England head coach Chris Silverwood has given his opinion on this banter.

“Emotions ran high, there’s no doubt about it. I mean, obviously, they targeted Jimmy (Anderson) in that first innings. And we went back hard at them as well, we tried to go toe-to-toe with them. The one thing I will say is that the competition was created with what happened to him. We put a lot of fire in our belly for Day 4 as well.”

Notably, In the 126th over of England’s first innings, Jasprit Bumrah went aggressive against James Anderson. Bumrah kept bowling bouncers one after another to the English tailender. In that over Bumrah bowled 4 no balls and he finished his over by delivering 10 balls. One ball hit Anderson’s helmet hard and he was forced to have a concussion check. Also when Bumrah came to bat in India’s second innings Mark Wood went aggressive against him. As wood kept bowling short-pitched at Bumrah, and one ball even hit his helmet hard.

“The way we stuck at our task, was absolutely fantastic”: Chris Silverwood on England’s bowling

Notably, In India’s second innings on Day 4, the top-order batting unit didn’t reach expectations. As England bowlers gave an amazing performance. England got big wickets of Rohit Sharma, KL Rahul, and Virat Kohli early. However Ajinkya Rahane and Cheteshwar Pujara carried India’s innings forward, but eventually, they both got out on Day 4.

While speaking on England’s bowling performance on day 4 Head Coach Chris Silverwood opined it was fantastic. He said:

“I thought for a lot of Day 4, the way we stuck at our task, was absolutely fantastic with the ball. So you know I mean, we can use that fuel to real positive intent as well. And maybe it just got away a little bit with us, obviously, when the lower order was in but we’ll learn from that.”

Meanwhile, In the end, India emerged victorious as they defeated England by a huge margin of 151 runs. Jasprit Bumrah’s 89 runs partnership with Mohammed Shami turned out to be a game changer for India on Day 5.

When you work hard results show on the field. A proud moment for me personally to deliver with the bat for 🇮🇳. Loved my partnership with Bumrah🙌🏾 #TeamIndia #mshami11 pic.twitter.com/5c1zvZaUJb