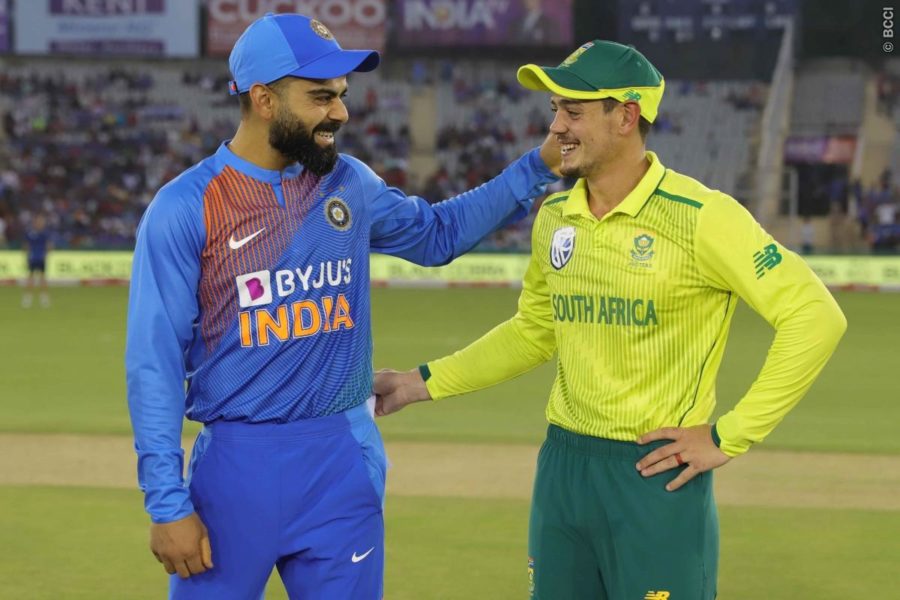 The upcoming three-match One-day International series between India and South Africa starting from March 12 in Dharamsala is likely to be an exciting encounter. Both sides have some quality players in their ranks who look to deliver the goods for their team and take an early lead in the series.

Meanwhile, India and South Africa have had contrasting fortunes in their most recent ODI series. While South Africa swept Australia aside in the three-match ODI series at home, India were beaten by the same margin in their three ODIs in New Zealand.

The Men in Blues will welcome the return of swashbuckling all-rounder Hardik Pandya, opener Shikhar Dhawan, and experienced seamer Bhuvneshwar Kumar. However, the hosts will continue to miss the services of their vice-captain Rohit Sharma, who remains on the sidelines with a calf injury, which he picked up during the T20I series in New Zealand.

The series will provide another opportunity to youngsters like Prithvi Shaw and Rishabh Pant to cement their place. On the other hand, Pandya’s return will lend stability, while the fast bowling duties will be led by Jasprit Bumrah and Bhuvneshwar Kumar, who makes a comeback after nearly three months.

South Africa, on the other hand, would be immensely pleased with the contributions of Janneman Malan, Heinrich Klaasen and Jon Jon Smuts in the home triumph against Australia. However, their only concern will be the form of skipper Quinton de Kock and Faf du Plessis.  Lungi Ngidi and Anrich Nortje will continue to lead the bowling unit in the absence of Kagiso Rabada with Keshav Maharaj playing as the lone spinner.

First of all, it is crucial to select a team. As they say in cricket, you don’t score any runs in the dressing room. Similarly, a player who is not playing cannot score points for you. In fact, Dream 11 has brought a change in its rule by which you can alter your team even after the toss. Thus, you can pick your team according to the playing XI of both sides.

Secondly, it is pivotal to pick the right combination of captain and vice-captain. A captain gets twice the points whereas the deputy of the team receives points at 1.5 times. Thus, it is imperative to select the in-form players as your respective captain and vice-captain. It is also crucial to get top-order batsmen in the team. They are likely to score the major chunk of the score. Furthermore, it is pivotal to check the pitch conditions and select the team accordingly.

There are no news of any casualties from both sides of the camps.