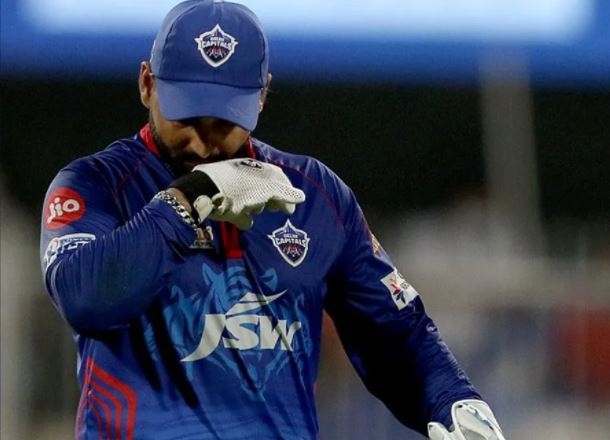 The Delhi Capitals skipper Rishabh Pant was shattered after suffering a defeat against the Kolkata Knight Riders on Wednesday in a close encounter. Delhi Capitals lost the match by three wickets, failing to secure a spot in the finals of IPL 2021.

Batting first, the Delhi Capitals only managed 135 runs on the board. They started off brilliantly with Prithvi Shaw hitting two boundaries and a six. After his wicket, they lost the momentum, as none of their batters could get going on the track.

In reply to Delhi Capitals’ score, the Kolkata Knight Riders opener made a solid start, with 96 runs on the board at no loss. However, the Delhi Capitals’ bowlers made a stunning comeback in the match. They took six wickets conceding only 34 runs in around 8 overs. Ravichandran Ashwin took two consecutive wickets in the final over. With six runs needed off the last two deliveries, Rahul Tripathi slammed a six-over long-on off-ending Delhi Capitals’ hopes of making it to the finals.

Speaking at the post-match ceremony, Delhi Capitals skipper, Rishabh Pant said, “I don’t have words to express at the moment. We can’t change things after the match. We just kept believing, we tried to stay in the game as long as possible. The bowlers nearly pulled it back. Unfortunately, it didn’t go our way.”

Rishabh Pant admitted that the Delhi Capitals batters were stuck at the crease, after the powerplay. However, he praised the team’s performance in the league. Delhi Capitals finished the league stages as table toppers. Rishabh Pant is hopeful of making a stronger comeback next season.

“They bowled very well in the middle-overs, especially after the powerplay. We got stuck and were unable to rotate strike. The Delhi Capitals are known to be positive, and hopefully, we’ll come back better next season” he said.

“We played really good cricket, yes, there will be ups and downs, but in Delhi Capitals, we stay positive. We are there for each other, care for each other and keep learning. Hopefully, we’ll improve further and come back better next season,” Rishabh Pant concluded.