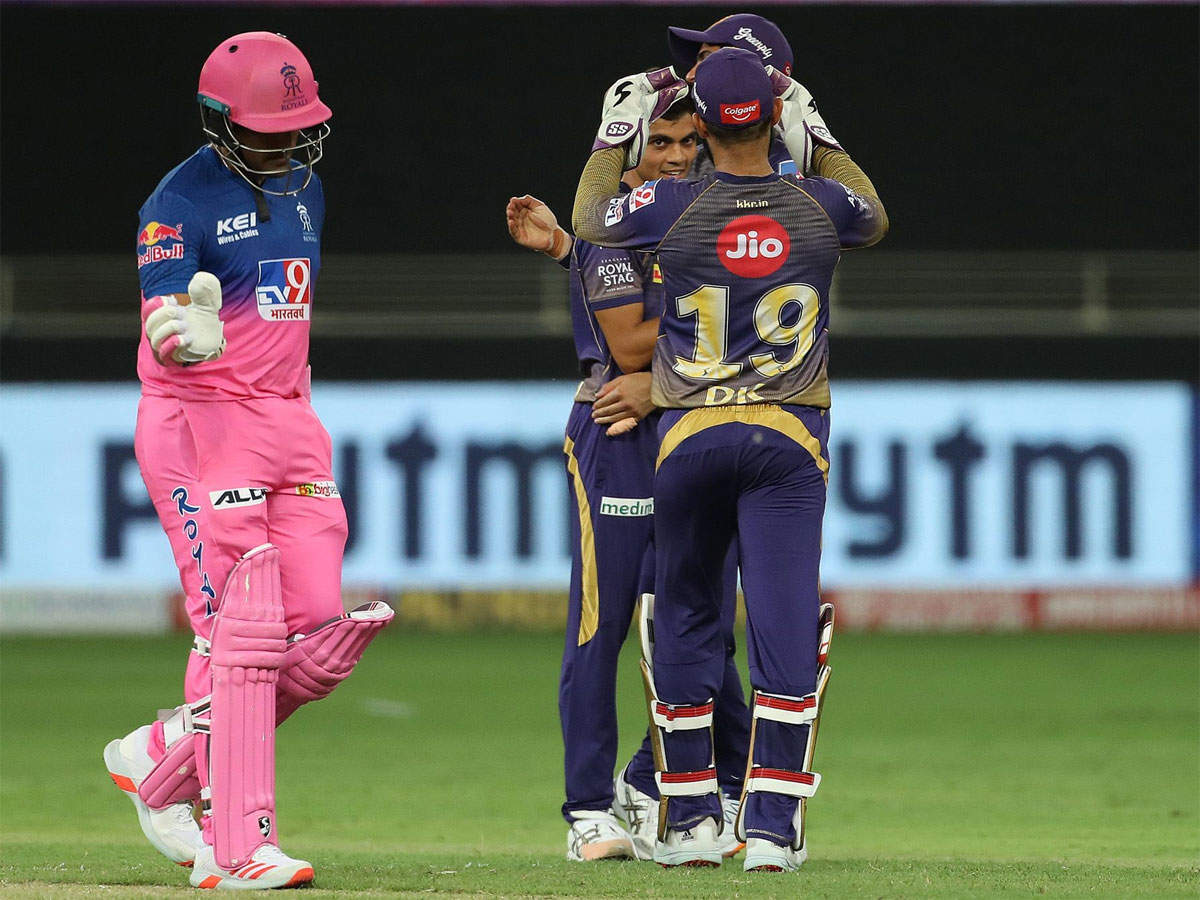 On Saturday in the 18th match of the Indian Premier League, two teams from the bottom half of the table Kolkata Knight Riders and Rajasthan Royals will meet at Wankhede Stadium, Mumbai. Both the franchises have won only one of their four fixtures, and have been underwhelming in the other three.

Eoin Morgan’s KKR will walk out to the field on the back of three consecutive defeats. Kolkata have failed to impress with both bat and ball. In the last two games, the bowlers have conceded more than 200 runs, and the batters walked back to the pavilion cheaply. Their top and middle-order produced abysmal partnerships. In their last game against Chennai Super Kings, Andre Russell and Pat Cummins helped the ‘men in purple’ to race beyond the 200-mark. They will contemplate the defeat for the longest time as they reeled at 31/5 before Russell and Cummins sped up the innings.

On the other hand, Rajasthan Royals have been coping with losses since the beginning of the season. Their Royal mogul Ben Stokes went back to the United Kingdom after sustaining an injury. Jofra Archer has been ruled out as well. Royals have a limited amount of resource in their bag. But the optimum utilization has never been chalked out. Captain Sanju Samson has been cold after scoring 119 in the first match. Opener Jos Buttler struggled to convert his starts into big scores. With no Kartik Tyagi, RR’s bowling unit has been in patches.

Wankhede is gifting the fans some high-scoring thrillers where 180-190 scores are chased down. The pitch has offered some movements to the pacers while the spinners could not turn the ball at all. As due will be a factor in Mumbai, both the teams would like to pad up later.

Both the teams can put up a big total or even chase a biggie down. But they need to translate their intent into results. Batting has been a concern for both teams. Buttler has amassed 240 runs against KKR with an average of 34.29 runs.

Coming to bowling, Russell has sent seven scalps back to the pavilion in four fixtures. Prasidh Krishna and Varun Chakravarthy contributed well. Pat Cummins nudged the batters surely, but with an economy rate of 9.12, he has not been able to keep the batters in check. But in seven overs against Rajasthan, he has cleaned up five wickets with a sumptuous four-for.

Rajasthan’s Chetan Sakariya has got a massive success. He has a lot of big names like MS Dhoni, Suresh Raina under his belt. Chris Morris and Rahul Tewatia have helped the team with their skills.
KKR and RR have been locked in 23 games so far, with KKR winning 12 of the fixtures and RR were triumphant in 10. The teams took on each other at neutral venues in eight games, RR outclassed KKR in that statistics by winning five of the clashes.

Both the teams will look forward to putting off the series of defeats, but KKR will start the game as the favourites. In the last game, they recovered brilliantly after losing five wickets in the power play. If they have solved the riddle at their camp, KKR can be dangerous tonight.