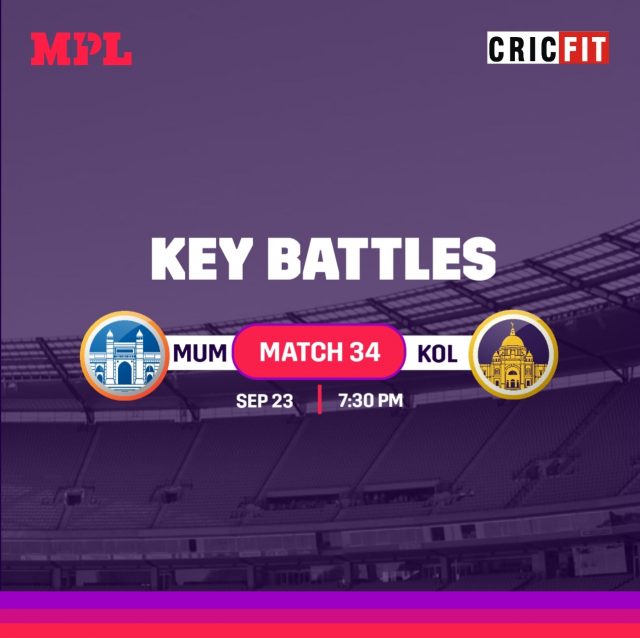 Mumbai Indians (MI) take on Kolkata Knight Riders (KKR) in match 34 of IPL 2021 in Abu Dhabi later tonight. Both teams head into this game with opposite results in their previous game. While KKR beat RCB, MI lost to Chennai Super Kings. However, Mumbai are above Kolkata in the points table. Mumbai have already beaten KKR in the first half of the season, They also enjoy a better head-to-head record against the Knights.

Rohit Sharma and Andre Russell are the two key players for their respective teams. Rohit has scored 250 runs from seven games so far in this season while Andre Russell has maintained a strike rate of almost 180 this season. The all-rounder has also been amongst the wickets for KKR picking up 10 so far in eight games. He picked three in the last game against RCB.

However, in this crucial game, Russell might be needed with the bat as well for his side. Here is when he will come up against Jasprit Bumrah and Trent Boult, bowlers who have troubled him in the past. If Rohit Sharma plays, he will be up against mystery spinners Chakravarty and Narine.

On that note, let’s take a look at 3 key battles from the SRH vs DC tie in Dubai for MPL fantasy cricket:

The Mumbai Indians skipper has scored 129 runs against Narine in 17 innings. He has maintained a strike rate of 108 in the process. Meanwhile, the Windies mystery spinner has dismissed him six times in his career so far. This will be the first key battle to watch out for tonight in Abu Dhabi.

Bumrah has been one of the bowlers in the IPL who has managed to keep Andre Russell quiet. In seven innings, the West Indian has scored 51 runs against Bumrah at a strike rate of 128.

The Mumbai pacer has managed to dismiss him thrice and will like to keep up the good job.

The Kiwi pacer has dismissed the big-hitting West Indian twice in four innings giving away just 21 runs. Russell however, enjoys a strike rate of 210 against the left-arm swing bowler.

Boult will be keen to keep the hard-hitting all-rounder in check if MI have to bounce back from the defeat against KKR.