Chennai Super Kings (CSK) suffered three straight defeats after making the playoffs in IPL 2021. Their last three defeats have come against Rajasthan Royals, Delhi Capitals and Punjab Kings. Former Indian batsman Aakash Chopra in his analysis of the CSK vs PBKS game highlighted the problem areas of CSK as they aim to make it to the IPL final.

While reviewing CSK’s defeat in a video shared on his YouTube channel, Aakash Chopra pointed out that the franchise has been hit by quite a few issues.

“The Chennai fans are emotional but the truth is that it is not working out, a lot of things are going wrong. Ruturaj has been dismissed off a bouncer in two consecutive matches. Faf was standing like a one-man army. But no one gave him the support.”

While Faf du Plessis played a 76-run knock, CSK’s second-highest run-scorer was Ravindra Jadeja, who scored an unbeaten 15. He spoke about how Ruturaj Gaikwad’s problems against the short-ball was exposed by the Kings bowlers. 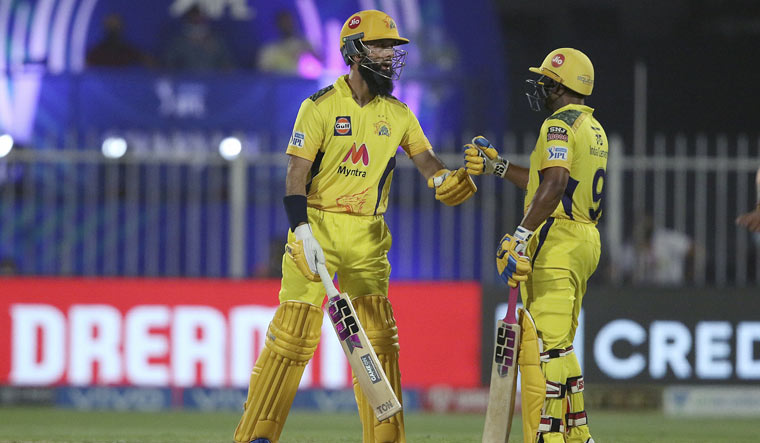 “You didn’t score the runs to say that you can win the encounter. The same problems are troubling you repeatedly. The middle order is not firing at all. If you have a misfiring middle order like that and God forbid, if your openers get out, you will not be able to save it. It is a reality.”

“Raina had not scored runs and Robin Uthappa has also not scored runs now, so whom will you play in the knockout match against Delhi. If you don’t win that match, it will become four games in a row. Then you have to go to Sharjah and win. It’s going to be very difficult” added Chopra.