Former Indian batsman Sanjay Manjrekar has made a huge remark on IPL 2021 as the season is drawing to a close. His comments emerge after Kolkata Knight Riders beat Delhi Capitals to make their third IPL final. They take on Chennai Super Kings on October 15 looking to win their third IPL title. They beat CSK back in 2021 to win their first IPL title. The team back then was led by Gautam Gambhir while this year it is Eoin Morgan marshaling the side.

KKR were cruising in their chase of 136 runs, but dramatically collapsed from 123-1 to 130-7 within five overs. The equation came down from 13 off 24 balls to 6 off 2 when Rahul Tripathi took his team home with a maximum against Ravichandran Ashwin. Meanwhile, Sanjay Manjrekar was critical on how the KKR batsmen approached the final overs in the game. 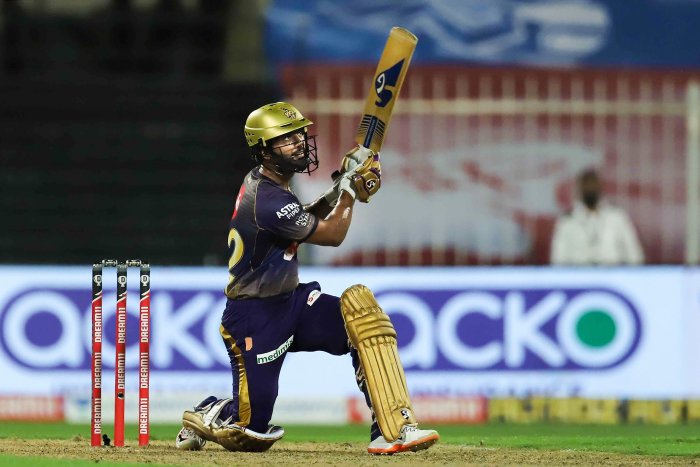 “I have followed the IPL very closely, but this has been a very unique IPL. We have seen some quality players but we have (also) seen a large number of guys who are either ability wise, quite ordinary to begin with or players who are past their prime…You have got these very good players and then there’s a huge chunk of out-of-form players, players past their prime and players with the ability (seeing which) you wonder whether they belong here. And that’s why we have seen so many bizarre ends and turnarounds. This has been, for me, the most frustrating IPL to watch” said the former Indian batsman.

Manjrekar said that the pitches in the UAE have aided the bowlers. However, he also mentioned the fact that the batsmen have failed to apply themselves and play according to the situation and the conditions.

“The pitches have helped the bowlers, the medium-pace kind, the quicks, the spinners, everybody. Bowling has thrived, but you would expect in this kind of league for batters to play with distinction. You can understand the first couple of games (but) you can’t be looking rusty in one of your final games of the tournament… IPL this time has basically carried a lot of flap, and that’s what we are seeing here” he concluded.