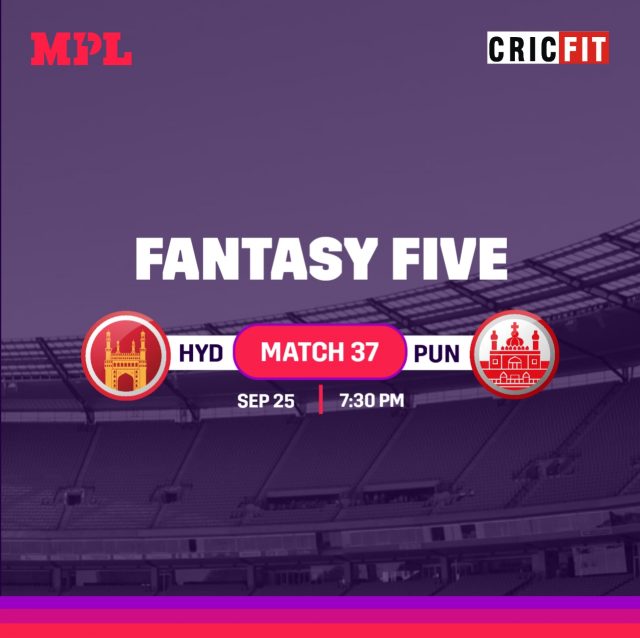 Punjab Kings (PBKS) take on Sunrisers Hyderabad (SRH) in the second match of the double-header on Saturday. Both teams lost their previous encounter and head to this contest as a must-win game. The teams also did not play to their potential in the first half of the IPL. SRH have lost eight games so far while Punjab have gone down in six matches so far.

Ahed of this contest, we take a look at five players to have in your MPL fantasy team. The stats of the five players are based on their performance in their last five games for their respective franchises.

Punjab skipper KL Rahul was unfortunate to see his team go down by just two runs in their previous match against the Rajasthan Royals. In the last five games, Rahul has scored 233 runs with just two fifty-plus scores.

He has maintained a strike rate of 133 runs and scored 16 percent of his runs in boundaries. Rahul will be the most valuable player against SRH once again.

One of the reasons why SRH has performed poorly in IPL 2021 is Rashid Khan’s lack of form. In the last five games, he has picked up just seven wickets. He has maintained an economy under seven. He has bowled 37 percent of his balls as dot balls and maintained a control of 66 percent.

Batsmen are playing Rashid safely in recent times and not giving easy wickets to him while attacking the other bowlers of his side. His dry spell of wickets is also a major concern for his form as well.

Mayank along with KL Rahul has been Punjab’s main scorer in this IPL so far. In the last five games, Mayank has scored 244 runs at a strike rate of 136 with 17 percent of his runs in boundaries.

At the top Mayank and KL are the side’s top-scorers but there is nothing much from the rest of the batters which is a major cause of concern for the team.

Shami has been the best Punjab bowler in the last five games having taken eight wickets at an economy under seven. He has scored 46 percent dot balls and bowled with control of 67 percent. In the last match against the Royals, Shami picked up three for 21.

The final player in this list is Punjab medium-pacer Arshdeep Singh. In the last match against the Royals, he picked a fifer. In the last five games, he has picked up seven wickets at an economy close to 8. The left-arm pacer has bowled with 67 percent control in the meantime and a dot-ball percentage of 32 percent.

He will be the dark horse in this crucial contest between the two bottom-ranked sides this season.