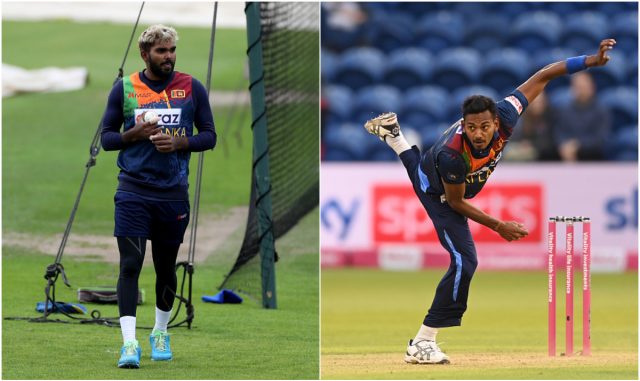 Sri Lankan Cricket Boars has issued the No Objection Certificate to their players Dusmanta Chammera and Wanindu Hasaranga to participate in the UAE leg of IPL 2021. The UAE leg starts from September 19 with Mumbai Indians and Chennai Super Kings playing the first game. RCB face KKR in the next game the next day.

Meanwhile, both Chameera and Hasaranga have were roped in by Bangalore when side was asked to name the replacements. Along with these two the side has named Tim David and Goerge Garton as two other replacements.

“The permission for the players was granted by the SLC in consultation with the Technical Advisory Committee,” SLC said in a statement.

“The ‘No Objection Certificate’ to the duo was issued for them to join the IPL teams starting from 15th September (following the completion of the South Africa Tour of Sri Lanka),” it added.

Sri Lanka Cricket wishes to announce that permission has been granted to National Players Dushmantha Chameera and Wanindu Hasaranga to take part in the Indian Premier League (IPL) 2021.

RCB are placed third at the moment with 10 points from five games. They had a good start to their IPL season and would hope to continue the good run once the season resumes. Meanwhile, the RCB contingent left for UAE earlier today. Skipper Virat Kohli will join the side after the Test series against England is over.

The 14th season, which was postponed in May this year in the wake of the COVID-19 pandemic, will resume on September 19 in Dubai with a blockbuster clash between Chennai Super Kings and Mumbai Indians.

Also Read: “Okay Thanks” – Virat Kohli Replies To A Weird Question In The Press Conference