Chennai Super Kings opener Faf Du Plessis is all set to return home after lifting fourth IPL title with Chennai Super Kings. CSK beat KKR in the final to lift yet another title with the franchise. He finished the season with 633 runs from 16 games and was the second-highest run-getter in the season. He fell just two runs short of equalling Ruturaj Gaikwad who scored 635 runs to win the Orange Cap for the season.

Meanwhile, Faf Du Plessis shared some pictures on his Instagram handle of his vacation in Dubai after the final. Not included in the South African side for the T20 World Cup, the former skipper decided to enjoy some quality family time with a vacation in Dubai.

“Memories together are so important to me. Four months on the road. Time to go home. Thank you Dubai, you were great” he captioned a set of pictures on Instagram.

Despite showcasing rich vein of form in the IPL, Faf Du Plessis was not considered in South Africa’s final squad for the T20 World Cup 2021. 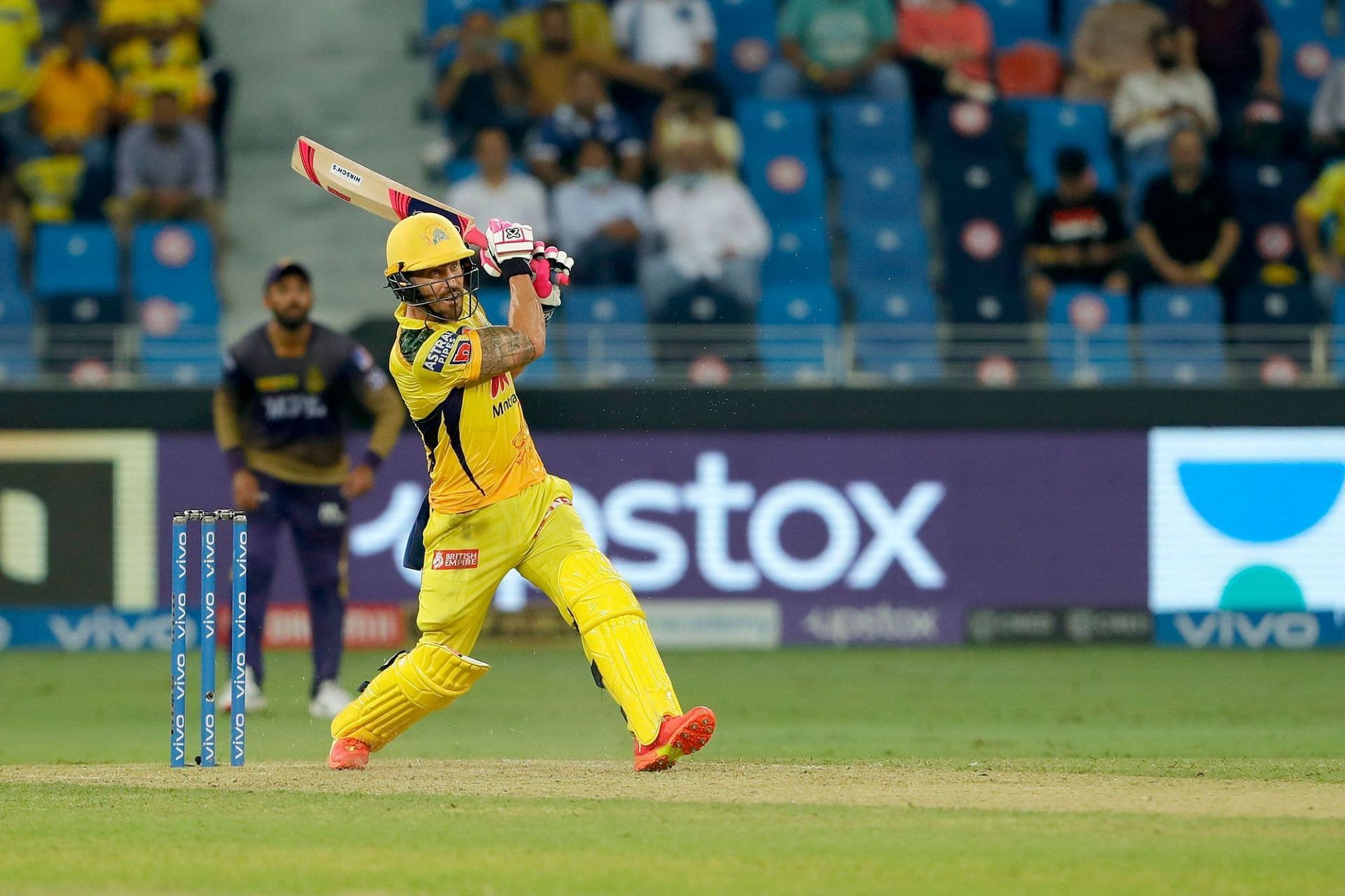 Meanwhile, former South African skipper Shaun Pollock has said that Du Plessis should be one of CSK’s three retentions along with Ravindra Jadeja and Ruturaj Gaikwad.

“You have got to keep Ruturaj Gaikwad. Going forward, I feel he will be absolutely fantastic for them. Jadeja, I would hold on to because he’s been great with the bat and the ball. And I personally don’t think we will see Dhoni, I think he will be retained in a managerial role. I would probably go with Faf, Jadeja, and Gaikwad as the three retentions” Pollock said to Cricbuzz.

Meanwhile, Cricket South Africa has found itself in trouble after they missed Faf Du Plessis’ name while wishing CSK on their fourth IPL title. “congratulations @lungi ngidi on claiming the IPL title with Chennai Super Kings”.