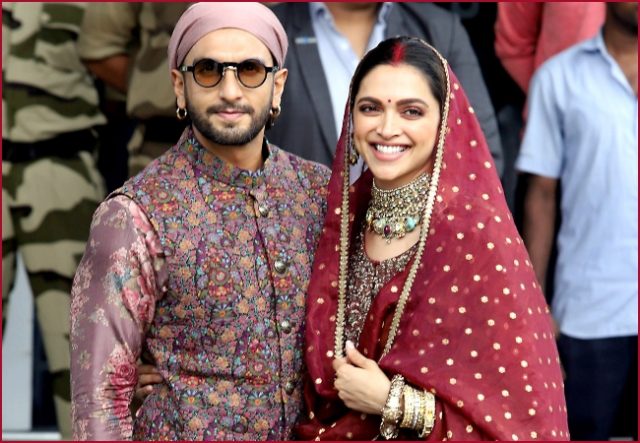 Bollywood celebrity couple Ranveer Singh and Deepika Padukone are reportedly interested in buying one of the two new teams in IPL 2022. The season is set to feature 10 teams as BCCI is setting its sights on expanding the horizon of the tournament. Chennai Super Kings won the title in season 14 and the tournament will enter into its 15th season next year.

IPL and Bollywood have always had a great connection. Kolkata Knight Riders continue to be co-owned by Bollywood superstar Shah Rukh Khan and Juhi Chawla while Preity Zinta has stakes in Punjab Kings.

Meanwhile, the Twitterverse has reacted to the news in their own way. They took to the micro-blogging site and expressed their opinion on how the jersey mighty look like for the Deepika-Ranveer-owned team.

Both are known to wear expensive and exotic dresses. Ranveer especially has showcased his love for wearing some of the wankiest dresses and pull them off with utmost swag and style.

Jerseys of Players if they win the Bid pic.twitter.com/6FSyAT7T63

Their Jersey for the next season. pic.twitter.com/5nAYaqkB5u

A BCCI source said that the board is not keen on getting Indian investors for the two new teams and are not really interested in off-shore companies.

“The BCCI is not keen to give the rights to an off-shore company and will prefer Indian buyers but power equations can change the script dramatically,” said the source.

Meanwhile, as per reliable sources, the BCCI is likely to profit anywhere between 375 to 425 million USD per team for a 10-year license after the bidding of the two new teams. Overall the profit margin can be somewhere around 3000-3500 Crores per team.

There will be an elimination round where all bids will be ‘technically’ verified as per rules laid out by the BCCI. All successful bids will then be opened and the highest bidders will be awarded the teams.

The announcement of the two new teams will be made on October 25, a day after the ICC T20 World Cup 2021 clash between India and Pakistan.