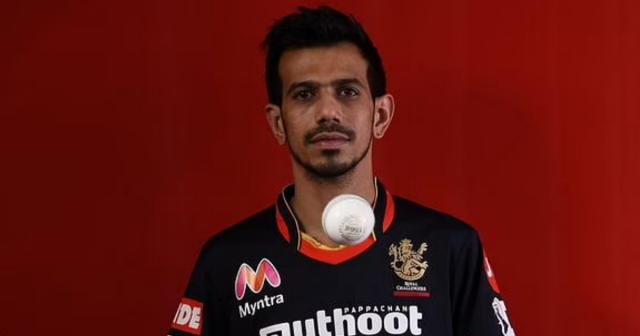 The eight existing Indian Premier League (IPL) franchises revealed their retention list. A total of 27 players were retained ahead of IPL.  With two new Teams set to part of IPL 2022, existing franchisees are set for a complete overhaul.

Royal Challengers Bangalore have released ace leg spinner Yuzvendra Chahal, who played a key role in the success of the team over the years. With Chahal set to go under the hammer, he is set to be in huge demand at the auction table.

Here’s a look at Top 3 Teams that Might bid for Chahal in the auction.

Having previously played for Mumbai Indians and his good bond with Mumbai Indians skipper Rohit Sharma, it won’t be a surprise if Chahal dons the Mumbai jersey.

Chahal has been in terrific form in the second phase of IPL 2021 and teams will be desperate to have him in their ranks.

The pitch in Chennai has always helped the spinners. This time around as well, the MS Dhoni-led side has retained two spin bowling all-rounders in Moeen Ali and Ravindra Jadeja before the IPL 2022 Auction.

Yuzvendra Chahal in an interview said that apart from RCB he would like to play for CSK. Chennai captain and former India captain MS Dhoni has always backed Yuzvendra Chahal and it might be one of the reasons that the Haryana leg-spinner might join the yellow brigade.

Incidentally, Dhoni was the captain when Chahal made his international debut. The 41-year-old CSK captain knows Chahal in and out and it will not be a surprise if Chennai raise the bar by adding Chahal to their squad for the next season.

Royal challengers Bangalore has not retained Yuzvendra Chahal ahead of IPL 2022 Auction. Incidentally, RCB had identified Chahal and had picked him for a base price of INR 10 lakhs. He shined in the RCB jersey and made his way into the Indian side.

The leg-spinner has reiterated that he wants to play for RCB till the time he plays in the IPL. Chahal is the highest wicket-taker overall for RCB in the tournament playing home matches at M Chinnaswamy Stadium which is a graveyard for bowlers.

As things look, Royal challengers Bangalore will definitely bid for their favorite son yet again and will hope to have him back in the dressing room.