Rashid Khan was not among the retained players by Sunrisers Hyderabad ahead of the IPL 2022 auctions. SRH retained three players with Kane Williamson preferred for the number one spot. He will continue as the captain of the side. Abdul Samad and Umran Malik are the other two players retained by the franchise.

Meanwhile, Rashid Khan has shared an emotional message after parting ways with SRH. He posted a few pictures on his Twitter handle which traces his journey with the franchise.

It has been a wonderful journey with the @sunrisershyd 🧡

Thank you for your support, love and for believing in me 🙏

To the #OrangeArmy you've been my pillar of strength and I shall forever be grateful for such wonderful fans 🧡🙏 pic.twitter.com/1yIx1oVKXO

“It has been a wonderful journey with the Sunrisers Hyderabad. Thank you for your support, love and for believing in me. To the #OrangeArmy you’ve been my pillar of strength and I shall forever be grateful for such wonderful fans,” wrote Rashid Khan.

Rashid Khan played 76 IPL matches for the Sunrisers Hyderabad, scalping 93 wickets at an economy rate of 6.33. The leg-spinner won eight Man of the Match awards in the five seasons he played for SRH. In the 2021 season he picked up 18 wickets in 14 games for the franchise. 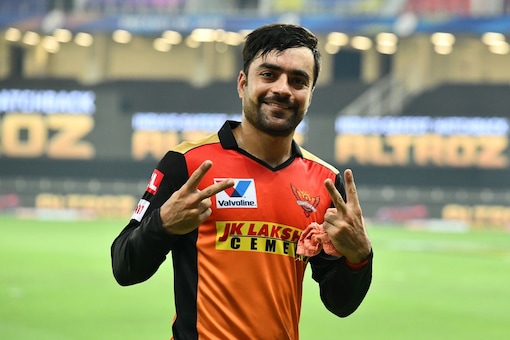 The franchise has a sum of 68 crores remaining after the retentions. David Warner, Jonny Bairstow, Manish Pandey and Wriddhiman Saha are some of the key names released by the franchise ahead of the IPL 2022 auctions.

Sunrisers Hyderabad CEO K Shanmugam, on Star Sports, spoke about trying to buy back Rashid Khan in the upcoming auctions.

“It’s a difficult decision but if a player wants to be in the auction because of the price, we definitely respect the decision. We will try and match him in (terms of) the price and see if we can pick him up in the auction”.

Rashid has taken more than 400 T20 wickets since his debut, the most by any bowler since his T20I debut. He is a household name in franchise T20 cricket having played all over the world. He joined the team in 2017 and took the most number of wickets for the franchise in the meantime.