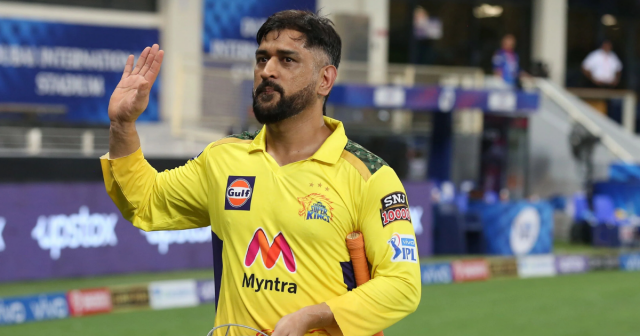 “Yes, nobody can replace MS Dhoni. For me he is always my captain always. 100% that is the heart and soul.”, said Balaji.

Declaring the four retained players, Balaji said the side is pleased to retain Ruturaj Gaikwad, the orange cap holder from previous season. “We are very happy to retain Ruturaj. There is no doubt about his ability”, said the former India pacer.

Ravindra Jadeja is the most expensive retention pick (₹16 crores) for the franchise as skipper MS Dhoni has decided to play for Chennai Super Kings with a pay cut. Balaji talked about the value which Ravindra Jadeja brings to side with both bat and ball. Apart from that, Jadeja is also a gun fielder. “We are much looking forward to this upcoming season. It is very hard to replace somebody of Ravindra Jadeja’s caliber. He is an Indian all-rounder and a proven CSK performer in the past with the bat as well as with the ball”, said Balaji.

Balaji also explained the reason behind retaining the English all-rounder Moeen Ali. Balaji lauded Moeen for his ability to contribute in both the departments. “Moeen actually balances the team with both the components which we needed, off-spin bowler as well as proper left-handed batter.”, he added.

Jadeja might lead the CSK squad in the future: Robin Uthappa

Meanwhile, Former CSK batsman Robin Uthappa reckons Jadeja was chosen as the first retention because MS Dhoni recognises Jadeja’s worth in the squad. CSK’s retention, according to Uthappa, is a clear sign that the four-time winners intend to groom Jadeja as their next captain once Dhoni retires from professional cricket.

“I think from what I understand, Jadeja might be someone who could end up leading the squad in the future as well when MS Dhoni retires.” Uthappa said while speaking to Star Sports.