Home Cricket News IPL 2022: “It Was A Good Ride”- KL Rahul’s Last Words For Punjab Kings Before He Ventures On New Journey

KL Rahul was released by Punjab Kings ahead of the IPL 2022 mega auctions. There were various reports about Rahul likely to leave Punjab but the retention now has made it official. The Indian batter has also expressed the desire of leading one of the two new franchises that are set to be a part of the IPL from next year.

KL Rahul took to his official Twitter account to post a message about his journey with the franchise. “It was a good ride, thank you for the love ❤️ see u on the other side 🙌🏻 @punjabkingsipl” he captioned his post saying.

It was a good ride, thank you for the love ❤️ see you on the other side 🙌🏻 @PunjabKingsIPL pic.twitter.com/fFKtlOqghR 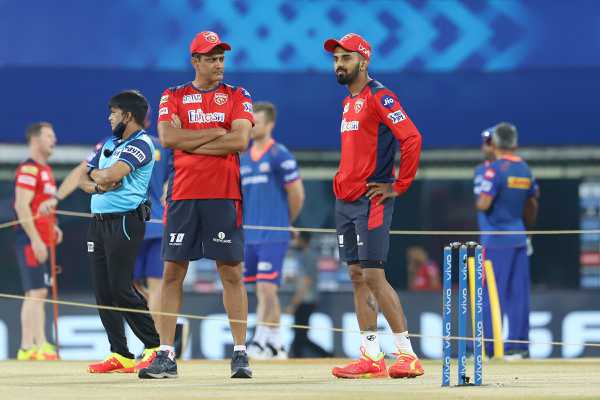 Meanwhile, Punjab Kings head coach Anil Kumble while speaking to Star Sports aid that the franchise wanted to retain Rahul but the latter expressed his desire to move on.

“Of course, the major challenge for us was Rahul. Obviously, we wanted to retain him. That’s one of the reasons we chose him as captain 2 years ago, so he could be the core of the team. But he decided to go into the auction, we respect that decision. It’s the players’ prerogative,” Anil Kumble said.

Rahul took over the captaincy from Ravichandran Ashwin in 2020. In Rahul’s captaincy, the side won 11 out of 27 games. The team lost 14 matches. In two matches that went to the Super Over, Punjab won one and lost the other.