The Indian Premier League (IPL) 2022 season has witnessed several outstanding performances so far from the players of the ten franchises. As with the other season, this season too, various records have been broken.

At the center of all the buzz are the fast bowlers, who have made a mark for themselves in the tournament with their talent. The likes of Umran Malik, Lockie Ferguson, and Dushmantha Chameera have troubled the batters with their fierce pace.

Delhi Capitals pacer Anrich Nortje is known for his sheer pace and accuracy. In the 2020 IPL season, Anrich Nortje bowled the fifth-fastest delivery in the history of the tournament. He clocked 155.2 kph, against the Rajasthan Royals.

The delivery castled Jos Buttler’s wicket, as the wicket-keeper batter could not handle the speed. That season, Nortje was one of their key performers and was the second leading wicket-taker for the franchise.

This season, the pacer was retained by the Delhi Capitals ahead of Kagiso Rabada for IPL 2022. However, due to an injury, Nortje had to warm the benches for the most part of the tournament.

The young fast bowler from Jammu and Kashmir, Umran Malik has been dominating the fastest delivery charts in the Indian Premier League 2022 season. He has won the Swiggy fastest delivery of the match, for ten consecutive times this season.

In the 20th over of the innings against the Delhi Capitals in IPL 2022, Umran clocked 156 kph. This recorded the fourth fastest delivery in the history of the IPL. However, Rovman Powell, who was in blazing form cleared his front leg to smash him over extra cover for a boundary.

Umran did not have a great outing in the match, as he conceded fifty-two runs in his four overs, with no wickets. However, his thunderbolts have been something to watch out for. 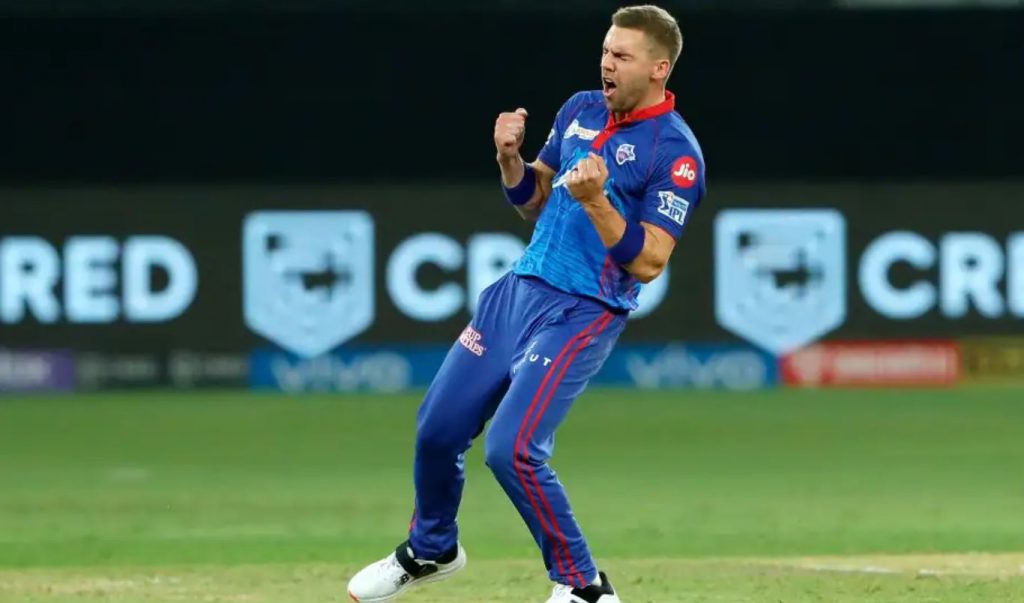 Anrich Nortje features twice in the list of fastest deliveries bowled in the history of the Indian Premier League. His bowling has been a treat to watch for the fans in the tournament. Before bowling his second-best of 155.2 kph, the pacer clocked 156.2kph to rank fourth on the list.

However, Jos Buttler scooped the blazing delivery for a four in the over. This is recorded as the third-fastest delivery in the history of the IPL. Anrich Nortje will be keen to break his record in the upcoming matches for the Delhi Capitals.

Just like Anrich Nortje, Umran Malik too features twice in the list of fastest deliveries bowled in the history of the Indian Premier League. The Sunrisers Hyderabad pacer has been bowling thunderbolts in the 2022 season of the league.

Umran has made a mark for himself in the tournament with his rapid pace and accuracy. The pacer bowled the fastest delivery of IPL 2022 so far, during the match against the Delhi Capitals.

In the 20th over against Rovman Powell, he bowled wide outside off stump delivery at 157 kph. However, the batter used his bottom hand to hit it between extra cover and mid-off for a boundary. 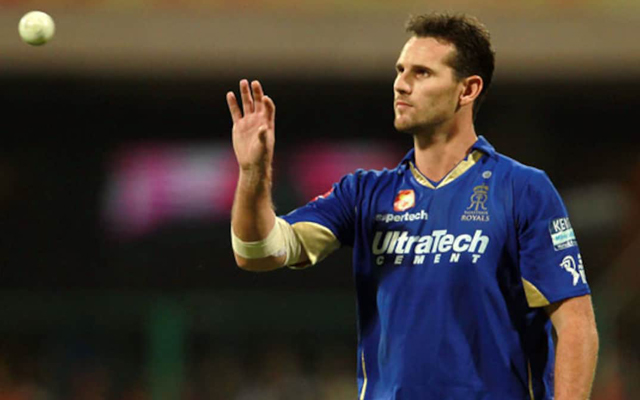 It shouldn’t come as a surprise that the ‘Wild Thing’ Shaun Tait ranks first on the list of fastest deliveries bowled in the history of the Indian Premier League. Tait was known for his astounding pace in world cricket.

The former cricketer played for the Rajasthan Royals when he achieved this record back in 2011. He bowled a 157.7 kph delivery to Aaron Finch, against the Delhi Daredevils (now Capitals). The express delivery left everyone stunned.

Shaun Tait had a decent Indian Premier League career. He represented the Rajasthan Royals and the Kolkata Knight Riders in the tournament. The Australian pacer has 28 wickets from 21 matches, at an average of 21.04 in the tournament.