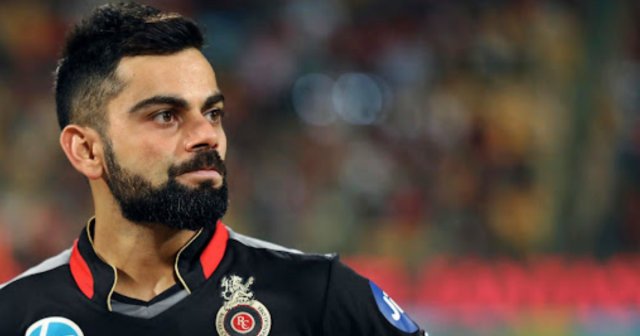 Royal Challengers Bangalore (RCB) skipper Virat Kohli stated on Day 1 of the UAE leg of IPL 2021 that he will step down as captain after the current season but will continue to play for the team till the end of his career. The news broke only a week after he announced his intention to step down as India’s T20 captain after the T20 World Cup 2021.

Kohli has been the captain of RCB since 2013, but the team is yet to win an IPL trophy. Their long wait extended after RCB bowed out of the tournament losing to Kolkata Knight Riders in the Eliminators of IPL 2021. Overall, Kohli led RCB in 140 matches in the last 11 years. He won 66 of those games and lost 70 as skipper of the franchise.

Virat Kohli to step down from RCB captaincy after #IPL2021

“This will be my last IPL as captain of RCB. I’ll continue to be an RCB player till I play my last IPL game. I thank all the RCB fans for believing in me and supporting me.”: Virat Kohli#PlayBold #WeAreChallengers pic.twitter.com/QSIdCT8QQM

Without considering the likelihood that the future RCB captain would be selected from the mega auction next year, here are three players from the present RCB squad that may become the skipper after Virat Kohli:

The magnificent batsman has done a fantastic job for the side, pulling the team out of difficult situations for years. Apart from scoring runs, he is one of RCB’s most experienced players, and he has a strong relationship with the current captain.

With his expertise in captaining his national team in all formats, RCB’s choice to hand over the team’s ruins to him would be a decent one. De Villiers has scored 4382 runs for the franchise in 148 games, including three centuries and 40 half-centuries.

However, AB isn’t a long-term solution for the side as at the age of 37, he is the seniormost member of the RCB squad. A lot would depend on the South African legend if he wants to take up the responsibility of captainship or not.

Yuzvendra Chahal has been another great performer for RCB over the previous 5-6 years. Chahal can offer a new, bowler-centric outlook to the RCB side whose bowling troubles are well-known.

Chahal has been RCB’s top wicket-taker in the IPL, with 125 wickets in 106 games. Yuzvendra can thus be a fantastic leadership candidate for RCB in the coming years.

When it comes to some of the current RCB’s best batters, Devdutt Padikkal’s name stands out. For the past two years, he has looked impressive for the team, and entrusting him with the captaincy position might prove to be a wise move for RCB after Virat Kohli steps down.

Many youngsters have previously led their teams in the IPL, and with RCB’s future possibilities in mind, Padikkal can be a great option for them. He’s been absolutely spectacular with the bat, and with seasoned guys surrounding him, he shouldn’t have any problems leading the unit.

In IPL 2020, he scored 473 runs and has already hit a century in the first half of IPL 2021. Also, in his favour is the fact that he is a Karnataka local who is more familiar with the conditions than most.