IPL 2021 is all set to begin from April 9. The playoffs of the tournament will be played at the newly reconstructed Motera stadium which will also host the final on May 30. Matches will be played across six venues with none of the teams having the home advantage this season. With under a month to go, various IPL franchises have decided to either sport new jerseys or new logos to their jerseys. Chennai Super Kings, Mumbai Indians, Royal Challengers Bangalore, Sunrisers Hyderabad are among the franchises who will either sport a new jersey or will have new sponsors and logos in the upcoming series.

IPL Franchises & Their Jerseys In 2021 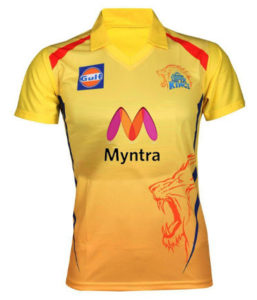 CSK will sport an altogether new jersey in season 14. They will be officially sponsored by Myntra. Apart from them, Gulf Engine Oils will continue to be their official sponsors as well. While MS Dhoni is associated with Gulf, Myntra had a huge controversy with its changed logo in recent times. The Muthoot Group, JIO and India Cements are other sponsors of the three-time IPL champions.