The 2020 IPL is down to the final few stages of the tournament as Sunrisers Hyderabad battle it out against Royal Challengers Bangalore in the eliminator. The winner between the two faces Mumbai Indians / Delhi Capitals at the Sheikh Zayed Cricket Stadium in Abu Dhabi. It’s a very important game for both sides given that they haven’t played the IPL Final since 2016.

Talking about Sunrisers Hyderabad, they are on a roll here as they’ve won 4 out of their last 5 games including the must-win game against Mumbai Indians which guaranteed them a spot in the top four whereas Royal Challengers Bangalore are on a losing streak since last four games.

The Virat Kohli led side is the only side in the history of the IPL to qualify for the playoffs despite losing their last four games of the league stages. Which is why this match could just turn out to be one of the best matches of the season with both team looking to eliminate one another from the competition.

Let’s take a look at the five key players to watch out for when Sunrisers Hyderabad lock horns with Royal Challengers Bangalore at Dubai International Cricket Stadium: 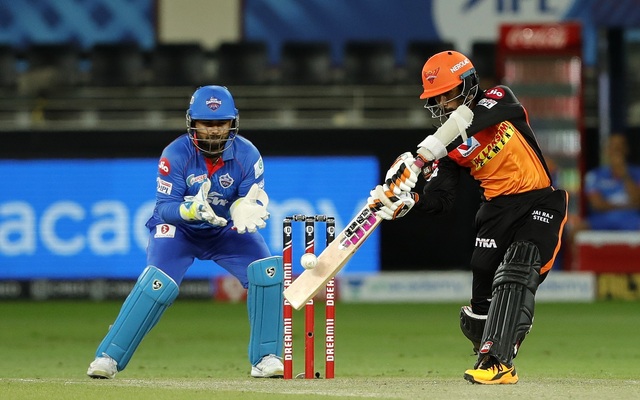 The wicket-keeper batsman has changed the complexion of the Sunrisers Hyderabad’s batting ever since he has made a return to the side as it has turned out to be a masterstroke. Saha replaced Jonny Bairstow in the lineup and was eventually asked to open the innings alongside skipper David Warner.

Also Read: Wriddhiman Saha Recalls How He Made His Test Debut

In the four innings, Saha has played this season for the Sunrisers Hyderabad franchise, he has scored a colossal 214 runs including two fifties. The latest fifty coming in the must-win match against Mumbai Indians at Sharjah Cricket Stadium.