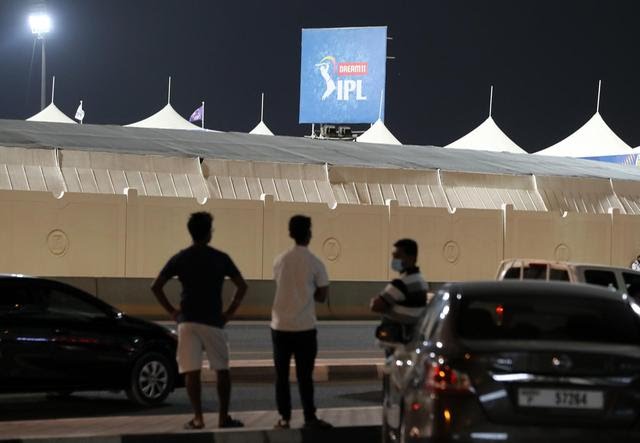 If you closely watched this IPL season especially the matches at the iconic Sharjah Cricket Stadium you would’ve noticed the people on the streets collecting the balls which were sent out of the ground by the batsman. One of the sixes which went off the blade of MS Dhoni went out of the ground, bounced on the Al Wasit st Road right outside the stadium and then landed in front of the Yasmeen Building where we saw a person collecting the ball.

Talking about the Al Yasmeen building which is quite famous in Sharjah given that the residents of the Al Yasmeen Building get a clear view of the matches that happened in the Sharjah Cricket Stadium. Cricket in the UAE is way big than we expect as expatriates from all the Asian countries are seen playing cricket in every corner of the country. When the IPL happened in the year 2014, we saw jam-packed stands for almost every day.

Even the afternoon games which were played on weekdays saw stands fill up as spectators did not want to miss any action at the grounds. Also for a fact that the residents of the country finally could get a glimpse of the Indian stars as it had been quite a while since India played a match in the country.

With the 2020 IPL season being announced in the UAE, it did excite the fans in the country but with the bio bubble coming into play it meant that the residents won’t get an opportunity to interact or accidentally meet the players roaming outside the hotel. But with the matches being played in Sharjah Cricket Stadium people have found a way to stay in the game.

Sharjah Cricket Stadium: The souvenir Collection Spot For The Residents

A large crowd is often spotted outside the crowd whenever a match takes at the Sharjah Cricket Stadium. Since the dimension of the stadium is old school the sixes hit by the batsmen often end up outside of the stadium which the crowd take full advantage of as they collect the cricket balls as souvenirs which is quite fascinating for any cricket fan. Imagine collecting the ball which was sent out of the park by MS Dhoni, that would be a souvenir of a lifetime for that individual.

Although things aren’t the same at the Sheikh Zayed Cricket Stadium in Abu Dhabi or Dubai International Cricket Stadium as the dimensions at Dubai avoid the ball from clearing the stands. Same goes for the stadium in Abu Dhabi as there are hardly any buildings around on top of that the ground is surrounded by other training grounds which makes it impossible for the people to collect any balls which land outside the stadium.

Well, in the end, it has been a fantastic IPL at least for the ones based in Sharjah who have got the opportunity to collect the sixes launched outside the stadium by some of the World’s best.