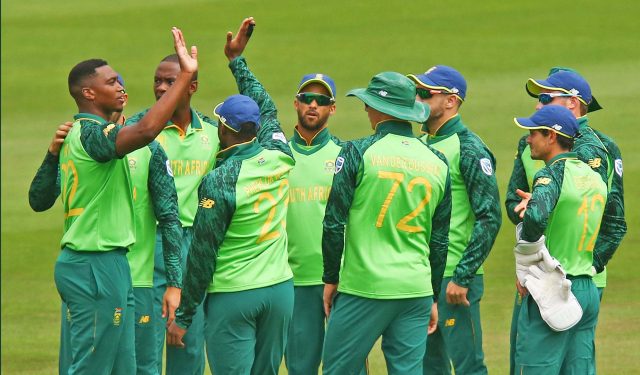 Following the conclusion of the 3-match ODI series which ended in a 1-1 draw, the teams now move into the rambunctious T20I format. Ireland and South Africa face off in the first of the 3-match T20I series on July 19, Monday.

After the washout in the first, Ireland will be proud of having achieved their maiden ODI victory against the Proteas last Tuesday. Although the next match was a bit of a pounding, the minnows had a few silver linings in the game. Indian-born all-rounder Simi Singh became the first batsman in history to score a century at No.8. He was also their most economical bowler, and will continue to be an asset for the Irish.

Going into the T20I’s, Ireland will be hoping for a bit more from their experienced player Paul Stirling. He was rather dull in the ODI series, but they can bank on him to come good. Veteran Kevin O’Brien, who has retired from ODI’s, will be back for the T20I’s.

South Africa were dominant in the third ODI. They showed glimpses of their form in the T20I series against West Indies. Quinton de Kock scored a spectacular hundred in the final ODI, and will once again be their biggest strength. The player who has stolen the limelight, however, is Janneman Malan. He has had a fabulous start to his ODI career, and also formed a terrifying partnership at the top with de Kock.

It will be interesting to see whether he starts ahead of Aiden Markram. The bowling attack will be led by the top-ranked T20I bowler, Tabraiz Shamsi. He had a dream tour of West Indies and should be South Africa’s go-to bowler in the middle-overs once again. Either Keshav Maharaj or George Linde are expected to accompany him in the spin department.

🏏 Here's Quinton de Kock to whet your appetite with some brilliant stroke-play#ThatsOurGame pic.twitter.com/t7nazHDpQ7

The last ODI saw plenty of runs being scored, including three centuries from the two sides. Expect another run-fest at the Village, albeit not a completely flat pitch. There should be assistance for the spinners with the sun coming out on a clear day. If the ODI’s are anything to go by, a score above 170 might be considered par.