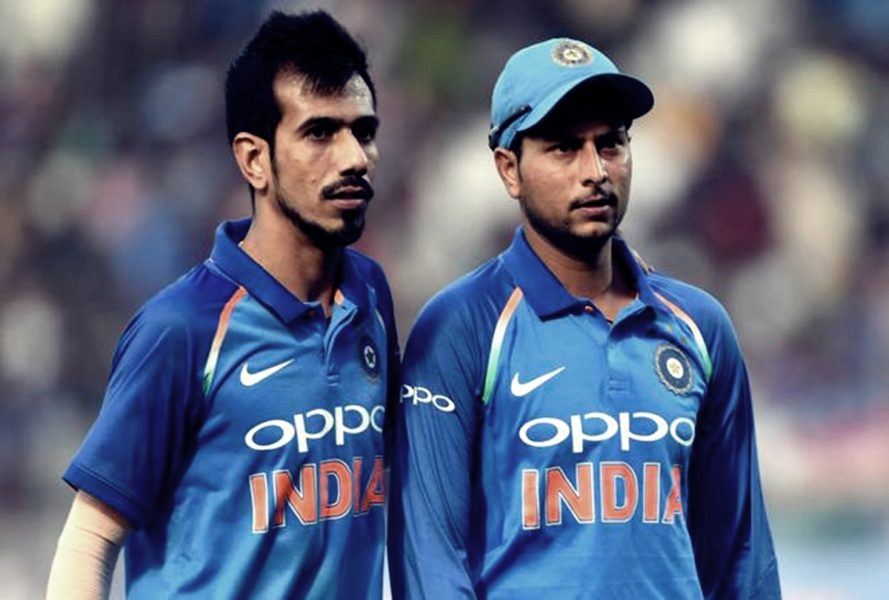 Wrist spinner Yuzvendra Chahal alongside wrist spinner Kuldeep Yadav were one of India’s biggest match-winners. The spin duo continuously played between 2017 and 2019 and delivered some amazing performances for the team. Since the duo went on a rough patch they were removed from the squad and didn’t play games together for India. However, fans might witness Kul-Cha together once again in the limited-overs Sri Lanka tour. Even Irfan Pathan feels the duo of Kuldeep and Chahal will bowl together in middle overs during the Sri Lanka series.

Under the partnership of spin duo of Kuldeep and Chahal,India won 24 of the 34 ODI matches. Also in these 34 matches, Kuldeep Yadav and Yuzvendra Chahal were amongst the two highest wicket-takers. Left-arm wrist spinner bagged 65 Wickets in ODI at an average of 22.73 and strike rate of 27.6. The right arm wrist spinner picked 53 wickets at an average of 29.26 and strike rate of 33.5. The economy rate of Kuldeep and Chahal was sensational too, The spin duo had economy rates of 4.94 and 5.23. So this spin duo of India was always a big threat for the opposition. Kul-Cha didn’t only pick Wickets, they also restricted batsmen from scoring runs.

Kuldeep Yadav was in phenomenal form in IPL 2018, he bagged 17 wickets at a strike rate of 18.11. However, his fortunes completely changed in the next season of the Indian Premier League. In 2019,Kuldeep managed to pick 4 wickets at an average of 71.5 in 9 matches.Due to his terrible run, he was out of India’s scheme of things, and he played only two matches for India in 2019.

Almost the same story applies to the career of Yuzvendra Chahal. The leg spinner was performing great for India in T20 cricket. However, he witnessed a downfall in the year 2019. Chahal picked only 8 wickets in 9 games at an average of 39.25 and an economy rate of 8.97. Also during that time, it looked like Chahal lost his touch,as he went wicketless several times and was giving away too many runs.

I am looking forward to see, Kuldeep and Chahal bowling together : Irfan Pathan

Former Indian all-rounder Irfan Pathan believes that the only way Chahal and Kuldeep can gain confidence is,by playing together. While talking about the spin duo on Star Sports, former all-rounder stated:

“The only way you can get confidence is by playing matches. And if Kuldeep keeps bowling more and more overs, this is where his lost confidence will come back. He has been a very successful bowler in a short span of time for Indian cricket. He has been one of the quickest to take 100 wickets and he is a wicket-taker. As far as the rest of the team is concerned, you need to give them confidence,” quoted Pathan.

The reasons behind dropping Chahal-Yadav were emergence of Jadeja and the back injury of Hardik Pandya. After Pandya got injured,Jadeja took his spot as an All-rounder. After Jadeja was in place of a fast-bowling all-rounder it became impossible for India to include so many spinners. Irfan Pathan opined that with Hardik Pandya bowling once again,there is a chance we can see Kul-Cha again.

“So, I am looking forward to see, not only Kuldeep and Chahal bowling together, but I am hoping that Hardik Pandya starts bowling. What I am hearing is that if he starts bowling, then it makes it easier to play both of them.”​