Australia cricket team coach Justin Langer says, the criticism thrown at him after Australia’s loss against India early this year has left him ‘hurt and confused’.

The Ajinkya Rahane-led Indian side scripted a historic 2-1 series win by defeating the Aussies at Melbourne and Gabba. The Australian team, especially captain Paine and coach Langer, drew a lot of flak from the fans and pundits after the loss.

Ahead of the limited-overs series against West Indies, Langer addressed the media. Speaking about the criticism he said,

“Some of the things I was reading were a bit confusing actually. If I’m completely honest I was really hurt by some of it. The feedback I’ve been given for three years has been overwhelmingly positive of the role that I’ve been able to play as a coach.” 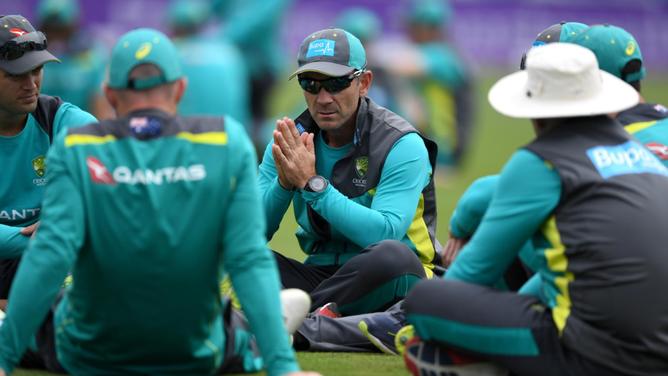 Justin Langer expressed his desire to continue as the Head coach of the Australian cricket team despite the criticism. “I absolutely love my job”, he says.

“If the board and the CEO and high-performance manager believe I’m the right person to keep leading us forward, absolutely.”

“I absolutely love my job. I didn’t like losing to India in the amazing series, no one likes losing. I’m absolutely committed, I love my job, I love the Australian cricket team, I love the players and I love Australian cricket. They’re the things I value most in my life. Hopefully, I’ve done a really good job the last three years, that’s been the feedback. Long may that continue.” he added.

Justin Langer took over the head coach’s job in 2018 after Darren Lehmann resigned in the wake of the ball-tampering scandal. He signed a four-year contract with Cricket Australia.

Justin Langer refused to call himself a great coach, yet. But also added that he aspires to be. He said,

Australia’s performance in the T20 World Cup and the Ashes will decide Justin Langer’s fate as the head coach of the Australian cricket team. They are currently on a limited-overs tour to West Indies. The series includes five T20Is and three ODIs, starting from July 10.