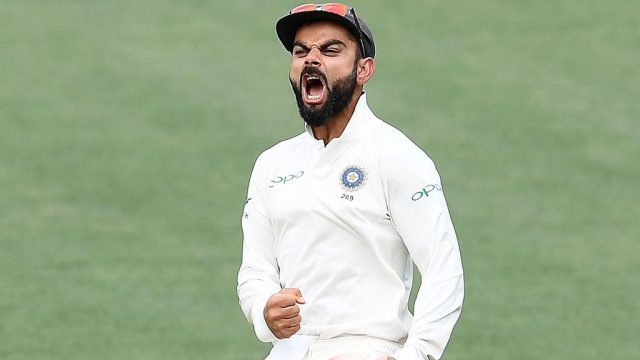 Former England cricketer Nick Compton recently criticized the Indian skipper Virat Kohli and called him the “most foul-mouthed individual”. He also claimed that Virat Kohli directed a barrage of abuse at him during a match.

After the Lord’s test match between England and India, which witnessed a few heated moments, involving the Virat Kohli, Nick Compton took to Twitter to share his thoughts about the Indian skipper. Later, the former England cricketer deleted his tweet. He had written,

“Isn’t Kohli the most foul-mouthed individual? I’ll Never forget the barrage of abuse I received in 2012 when the swearing stunned me to the point that he did himself a serious disservice. It highlights what a level-headed and grounded man Root, Tendulkar, Williamson, et al are.” 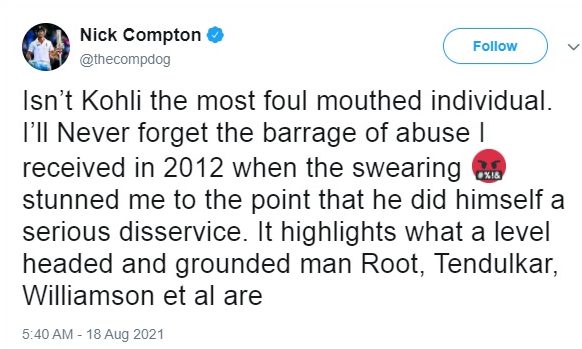 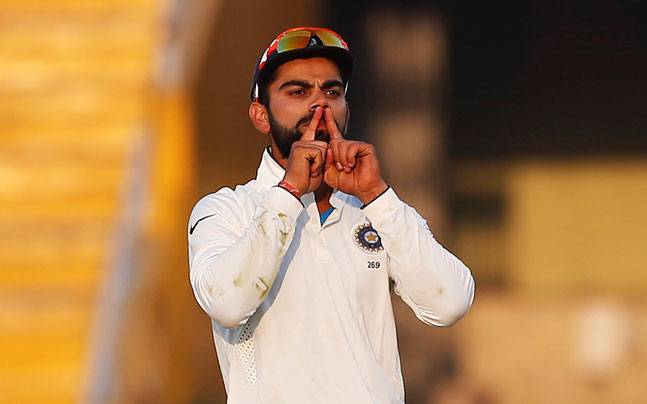 Explaining his tweet, Nick Compton stated that it isn’t personal with Virat Kohli but he likes players who quietly go about their game.

“No. I don’t think it’s anything personal. If you look at the different players, the likes of – (Kane) Williamson, (Joe) Root, they just go about their cricket the different way. I am not saying it’s right or wrong. The aggression and the way (Virat) Kohli goes about it is definitely a place for it in the game. I am just talking about his verbals out there. He is quite foul-mouthed, that is something I see. It’s not for everyone. I am a bigger fan of quietly going about it, being strong, and being aggressive in different ways,” Nick Compton said to Sportskeeda.

Nick Compton further stated that he enjoyed watching Ajinkya Rahane lead the Indian team in Australia. He feels that because of Virat Kohli’s aggressive nature, the Indian team plays under fear which does not allow some players to excel.

“I am more of a fan of watching (Ajinkya) Rahane in Australia, thought it had a nice way about him. I think sometimes Kohli’s aggression can, he almost captains through fear in my opinion. Players like I said, (Ajinkya) Rahane, (Cheteshwar) Pujara, (Ravichandran) Ashwin, I don’t think will excel in that environment,” Compton concluded.