England pacer James Anderson became the latest entrant into the elite list of bowlers who have picked up 1000 first-class wickets. He achieved the amazing feat courtesy of stunning figures of 7/19 while playing for Lancashire.

Having won the toss and chosen to bat first, Kent’s backbone was broken by the 38-year-old. On the back of Anderson’s stellar performance, Lancashire blew away the Kent batting line-up for a paltry 74 in the first innings.

In the process of doing so, Anderson became only the second bowler from Lancashire to reach this milestone. Previously, Jack Simmons had claimed 1000 FC wickets back in 1988. Along with that, Anderson became the 216th bowler to enter the prestigious club of 1000 wickets. Reacting to it, Anderson recalled some nostalgic memories, including his first wicket for Lancashire.

“I’m away a lot with England and don’t get to play much for Lancashire so it makes it that much more special to do it here and with a performance that helps the team. It was a lifelong dream to play for Lancashire. It feels special to get the milestone here where I took my first wicket. Getting Ian Ward out here is something I’ll never forget,” he said.

“It felt really good from ball one against Kent” – James Anderson 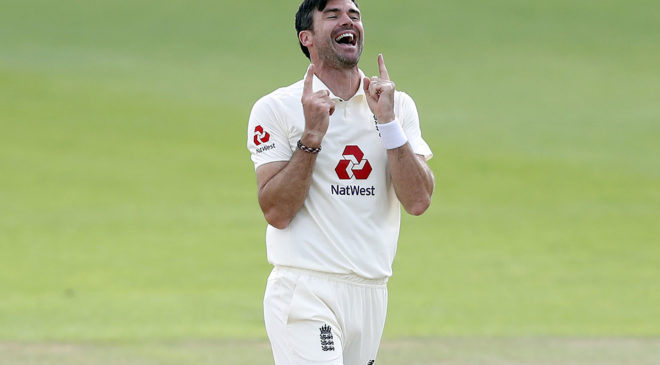 James Anderson felt he could be the last person to achieve the spectacular feat of claiming 1000 First-Class wickets. With different formats emerging and players being rotated constantly, it does seem harder in the modern era.

“To get 1,000 first-class wickets is becoming harder with the amount of cricket that is played across the world. It is getting less and less likely that it will happen again. I could potentially be the last person to do it, which just adds to the feeling of it being very, very special,” Anderson said.

Following another career milestone, the England quick described the conditions as being favorable. James Anderson also revealed that he tried to work on his bowling action.

“I have been doing loads of work in the nets and all I was thinking about was grooving my action and working on some stuff. I wanted to make sure I bowled well and got into that rhythm. It felt really good from ball one against Kent. Sometimes you can just feel that way from the moment the ball comes and you know it’s going to be a good day. The first ball went exactly where I wanted it to go and it swung. The conditions were favorable,” he stated.