Jasprit Bumrah has become one of the key players of the Indian setup. He into the limelight a few years back during the Indian Premier League (IPL). His ability to bowl yorkers make him special and has seamlessly made his place in the Indian side.

BCCI takes special care of Bumrah every now and then as they try to manage his workload and keep him fit for crucial tournaments and series. Currently, he is the leader of the pace attack across the format with only 19 Tests, 67 ODIs, and 50 T20Is under his belt.

The 27-year-old got married to sports presenter Sanjana Ganesan in Goa on March 15 this year. With Bumrah on the way to become the next big cricket superstar, we have a look at his net worth.

Jasprit Bumrah is one of the three cricketers who are in the A+ Grade BCCI contract. He earns a total of Rs 7 crore annually through the contract. Apart from this, BCCI also pays its cricketers Rs 15 lakh per Test match. When it comes to ODIs and T20Is, the players get Rs 6 lakh and Rs 3 lakh respectively per match. 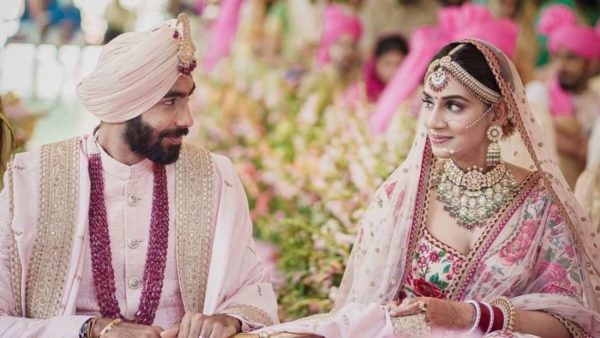 Jasprit Bumrah is an integral part of the Mumbai Indians and has played a major role as their leading pacer. He was retained by the franchise ahead of the 2018 auction. Therefore he is paid 12 crores every year.

Jasprit Bumrah lives in Ahmedabad with his family. The estimated worth of his house is 3 crores. Apart from that he also owns a property in Mumbai which is worth almost 2 crores. The fast bowler also has various cars like Range Rover, Mercedes Benz, and Nissan. It is also understood that the cricketer owns several properties in Pune.

Considering all the numbers, Jasprit Bumrah’s net worth comes around a whopping Rs 29 crore ($4.1 million).