The rumours surrounding Jasprit Bumrah and Sanajan Ganesan’s wedding have been put to rest as the Indian speedster and sports presenter exchanged vows on the 15th of March 2021 in the state of Goa. Jasprit Bumrah himself confirmed the news as he uploaded pictures of his wedding on his Instagram profile.

Jasprit Bumrah’s marriage was floating all over the internet ever since BCCI released him ahead of the fourth Test against England at the Narendra Modi Stadium in Ahmedabad. He also skipped the T20 series against England and by all likelihood is all set to miss the 3 ODIs all set to take place in Pune.

According to a report published in Times Of India, the wedding comprised of only 20 other members other than their family members due to the ongoing COVID-19 scenario in the country. Neither did Jasprit Bumrah or Sanjana Ganesan announce any details regarding their marriage until the day of the wedding as Bumrah himself uploaded pictures of his wedding on his social media accounts.

The couple got married in Goa on 15th March in the presence of just 20 guests. It was also reported that no mobile phones while allowed during the course of the private affair as the families of the couple wanted atmost privacy.

Let’s take a look at the pictures of their wedding: 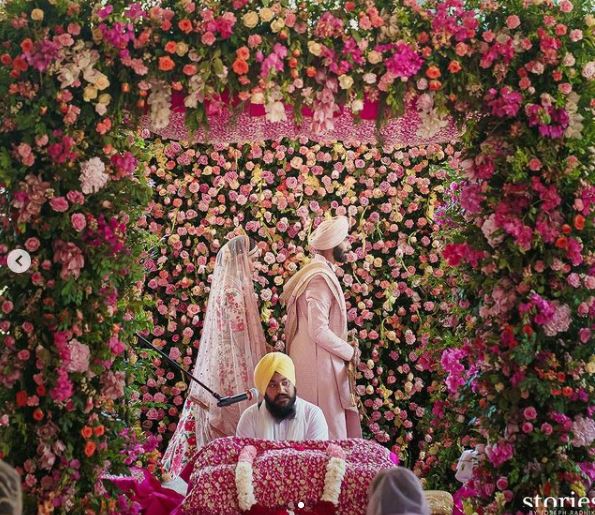 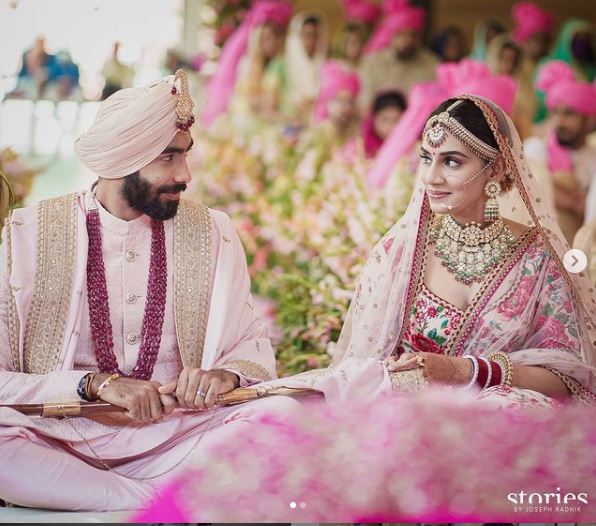 Sanjana Ganesan famously is known as a sports presenter on star sports as she’s often seen hosting pre and post-match shows. During the IPL, she was seen accompanying the Kolkata Knight Riders squad as a part of their media team while Bumrah is the leader of the pace bowling attack for the Indian cricket team across all three formats of the game.