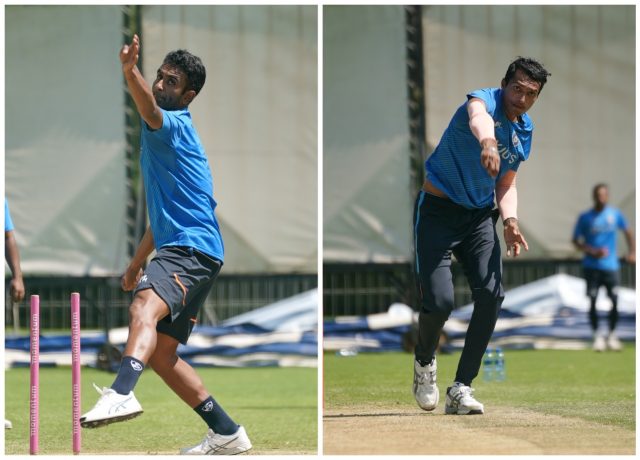 All-rounder Jayant Yadav and fast bowler Navdeep Saini have been added to India’s squad for the forthcoming ODI series against South Africa starting on January 19.

Jayant Yadav replaces Washington Sundar, who returned with a positive result for the COVID-19 virus and has been ruled of the series. On the other hand, Saini has been included in the team as a backup for Mohammed Siraj, who suffered a hamstring injury during the second Test and South Africa and is missing the third Test.

Jayant played his only ODI for the men in blues way back in 2016 against New Zealand and returned with the figures of 1 for 8 in four overs. He is part of the Indian Test squad while Saini Last played an ODI against Sri Lanka in July.

Opener bat KL Rahul has been handed over the captaincy in place of Rohit Sharma who misses out due to hamstring injury while fast bowler Jasprit Bumrah will be his deputy for the series.

The three-match ODI series, which is part of the ODI Super League, will start on January 19. Paarl will be hosting the first two ODIs while Newlands Stadium will host the 3rd ODI on January 23. All matches will start at 2 pm IST.

Last time around when team India played an ODI series in South Africa, they dominated the series winning the 6 matches ODI Series 5-1. They would hope to continue good form from the last series