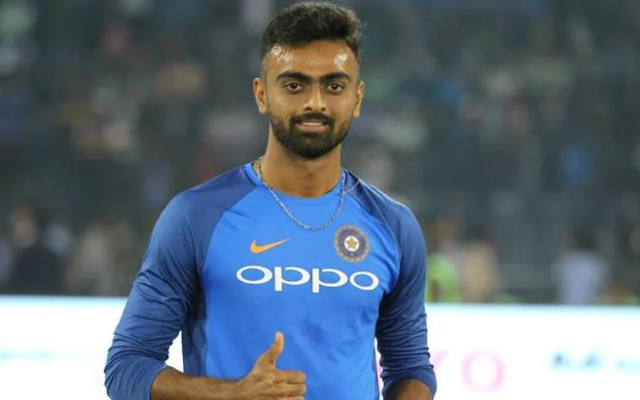 The Saurashtra stateside recently announced its 20 man squad for the 2021 edition of the Syed Mushtaq Ali trophy which is to start in few weeks time. The 2019-20 Ranji Trophy-winning skipper Jaydev Unadkat is all set to lead the 20 man Saurashtra contingent for the T20 tournament

The Syed Mushtaq Ali Trophy is all set to get underway from 10th January 2021 and will go on till 31st January 2021 in the six biosecure bubbles as announced by the BCCI a few days back. This will be the first time than more than 12 months that a domestic tournament will be played in India as the domestic season was pushed ahead indefinitely due to the ongoing COVID19 pandemic.

Also Read: India Is An Extremely Talented Side: Tim Paine Ahead of MCG Test

The squad would obviously miss the services of Cheteshwar Pujara and Ravindra Jadeja as the duo are currently busy with the Indian Test team in Australia. Jaydev Unadkat will undoubtedly be the leader of the seam bowling attack as he leads a young side in the tournament.

Since Unadkat couldn’t put up a great show for the Rajasthan Royals franchise in the recently concluded IPL in the UAE, the pace bowler will be looking to make an impact in the T20 domestic competition.

Saurashtra are placed in Elite Group D where they’ll face Vidarbha, Services, Goa, Madhya Pradesh, and Rajasthan in the group stages which will be played in Indore.