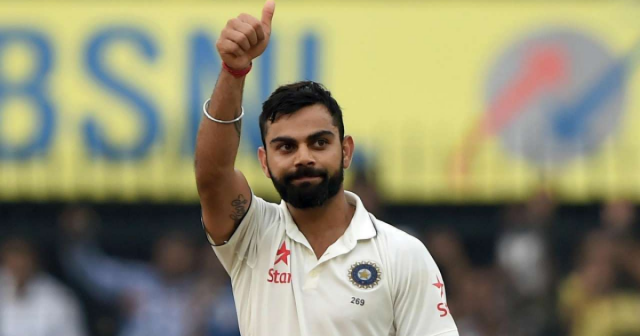 India’s Test skipper Virat Kohli has received a lot of criticism for his similar dismissals in Test cricket since the last few months. Even in the first Test against South Africa at Centurion, Kohli lost his wicket fishing outside the off-stump in both innings.

Virat Kohli’s batting has followed a pattern in which he looks rock solid as long as he is there on the crease but one rash shot results in his dismissal. Talking about the same, former India opener Gautam Gambhir said that a lot of chatter surrounding Virat Kohli’s form is unwarranted.

Virat has been a run-machine for the Indian team, according to Gautam, and all he needs to do now is focus on leaving outside-off deliveries to reduce the possibility of them being edged to the slips.

“A lot is being said about Virat Kohli’s dismissals in the first Test match. I think some of it is unfounded and creates unnecessary chaos. Kohli has been exceptional in his run-making for India, he just needs to leave lot more balls outside the off-stump and buy time.”, Gautam said in his column for Times of India.

Wasn’t too keen to play Rahane in the first game: Gautam Gambhir

Gambhir stated that he did not want to play Ajinkya Rahane in the first Test itself, but his confident 48-run effort in the first innings helped him earn a spot in the second as well. He also backed Cheteshwar Pujara to perform well at no.3

“I wasn’t too keen to play Rahane in the first game. But with decent 48 in the first innings perhaps he would have won himself a place in second Test match too. I’d continue with Cheteshwar Pujara at No. 3.”, Gambhir added.

Meanwhile, Virat Kohli was ruled out of the second Test due to a back spasm. KL Rahul is leading the Indian side in the ongoing match.