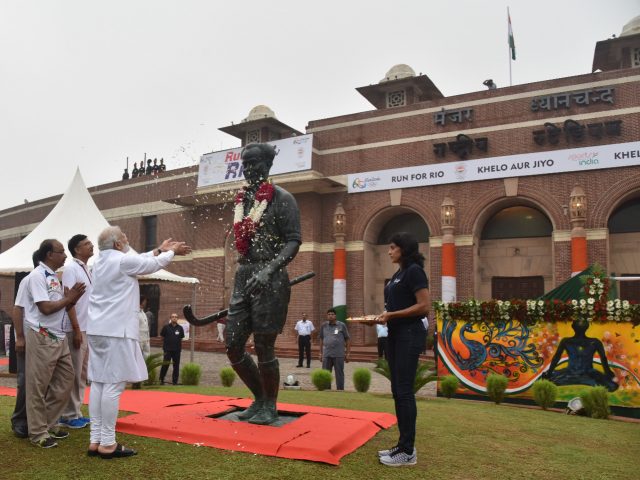 I have been getting many requests from citizens across India to name the Khel Ratna Award after Major Dhyan Chand. I thank them for their views.

Legendary Dhyan Chand is arguably the best hockey player of all time. Also, his birthday is celebrated as National Sports Day. Notably, the legendary hockey players have also bagged three Olympic golds for India. Also, this move was announced just after team India won the medal in the  Olympics after the wait of 41 long years. Notably, India grabbed a bronze medal at Tokyo 2020 after defeating Germany.

Meanwhile, Kapil Dev is named amongst the greatest cricketer to represent India in International cricket. He was the first Indian captain to help India win the World Cup title in 1983 during the West Indies dominance era. However, still, there has been no big cricket stadium named after Kapil Dev.

#Kapildev made history in #Ahmedabad & #BishanBedi devoted his life to #Delhicricket yet it is Narendra Modi & Arun Jaitley who have been honored by #cricketboard & named stadium after them for their 'glorious' contribution to cricket in India.

Kapil Dev has given to indian cricket, what possibly no other player has given to their nation (in any sport?).
Yet, the largest stadium in the world is named after a living person.

This is a welcome change. Thank you @narendramodi 🙏
I also request to change the world’s largest cricket stadium’s name from Narendra Modi Stadium to Kapil Dev or Sachin stadium. https://t.co/gqzUKSGE9j

Very few people know that Modi was appointed as the captain of Indian World Cup winning team in 1983 but he backed out just to give chance to junior player Kapil Dev. pic.twitter.com/1eUNHTNOeU

What about Modi stadium? Why can’t it be Kapil Dev stadium? Selective reactions.

Wow, Major Dhyan chandji and Modiji are same to same.
So cute.

"Kapil Dev is among India’s foremost sportspersons & cricketer who brought honour and pride for India. It is fitting that our nation’s Cricket Stadium honour will be named after him," pic.twitter.com/pDuxzH9yvT