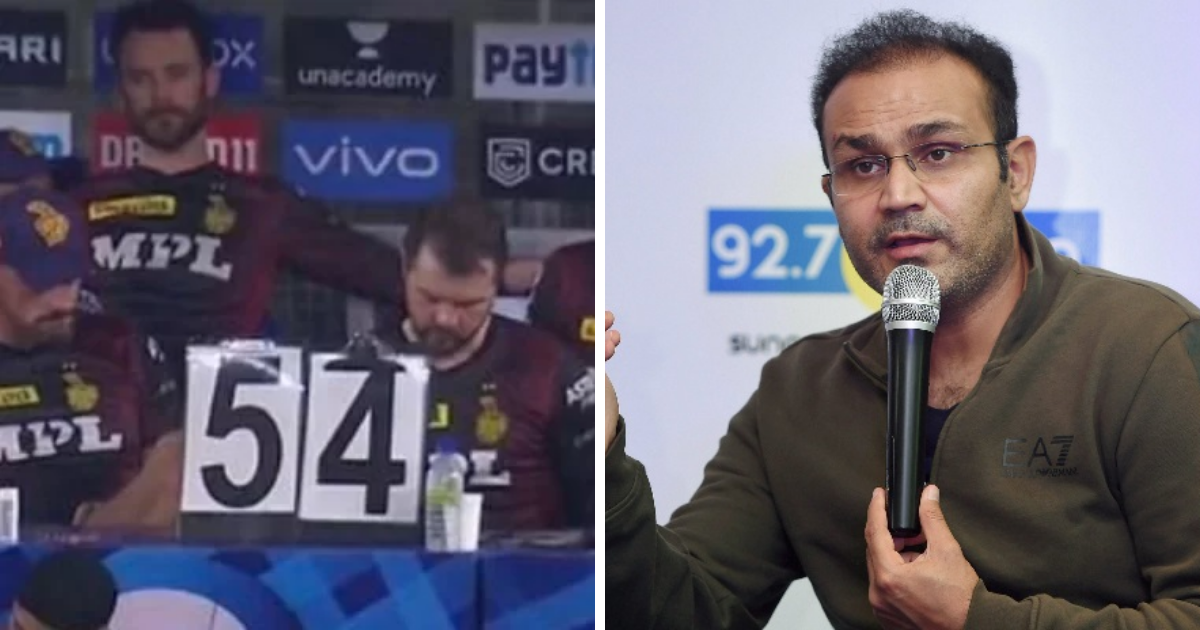 Former India cricketer Virender Sehwag has expressed his annoyance at the ‘code word’ strategy used by the Kolkata Knight Riders against Punjab Kings at the Narendra Modi Stadium in Ahmedabad. Meanwhile, Kolkata finally managed to stall their losing run beating the KL Rahul-led side by five wickets chasing down the total with 26 balls to spare.

During the 21st match of the league, the incident occurred when Kolkata Knight Riders analyst Nathan Leamon held a cryptic placard reading ’54’ during the middle overs of Punjab Kings’ batting. Many tried to decode the message that the management was trying to convey to their captain from fans to on-air commentators, but the actual reason is still not known.

However, this is not the first time when KKR has used the ‘code word’ tactics to communicate with the on-field players from the dugout. Sharing his opinion in interaction with Cricbuzz, Virender Sehwag admitted that even though there is nothing wrong with receiving such help from the dugout. However, he said that this could undermine the role of a captain’s instincts.

“We have only seen such code language in the army. I think ’54’ was the name of their plan which could be about bowling a certain bowler at a particular time. I think that’s a little help that management and coaches want to give to the captain from the dugout.”

“There’s nothing to frown upon in this, but if they are dictating [the game] from the outside then in this way, anyone can be the captain right? There’s no role left for his (Eoin Morgan) popular instinctive power in the game, the power with which he won the World Cup,” said Virender Sehwag.

“I think one should definitely get help from outside but the captain himself has some instincts about which type of bowler to use when. I am not saying don’t take the help from outside because sometimes even the 25th player can give a good suggestion.”

“But this suggestion should be only something which helps the captain and he thinks ‘Right, I didn’t think about it in this way’. Also, these things can help if he has forgotten something and the code reminds him of that then there’s no issue,” he added.

Adding further, Virender Sehwag also used references from MS Dhoni’s instinctive leadership as an example. Meanwhile, after a brilliant bowling effort from the bowlers, skipper Eoin Morgan and Rahul Tripathi led the charge with the bat to chase down the target.