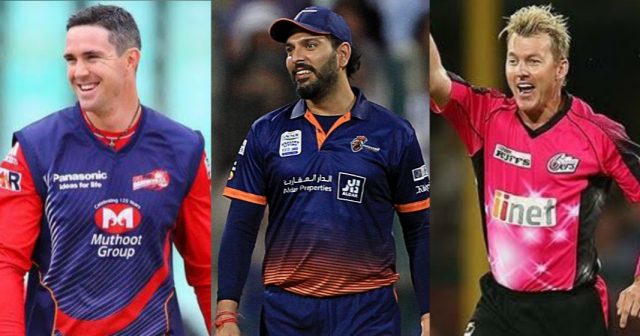 The inaugural edition of the Legends League Cricket 2022 is all set to get underway on January 20 (Thursday) at the Al-Ameerat Cricket Stadium in Muscat, Oman. The tournament will see three teams, namely India Maharajas, Asia Lions and World Giants, fighting it out for the prestigious trophy.

The league will witness some of the greats of the game returning to the ground. The likes of Virender Sehwag, Yuvraj Singh, Shoaib Akhtar, Shahid Afridi, Kevin Pietersen among many other cricketers are slated to lock horns.

The tournament will be played in a round-robin format with each team playing the other twice. India Maharajas will comprise legends from India. On the other hand, Asia Lions will boast retired cricketer players from the subcontinent except for India, while the World Giants will include veterans from the rest of the world.

Here is the full squad of all teams in Legends League Cricket 2022: