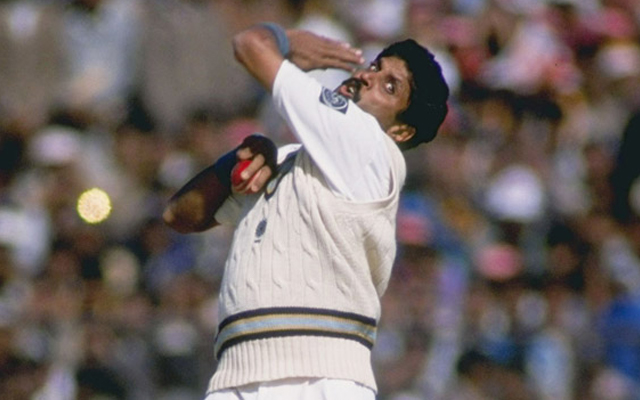 Indian pacer Jasprit Bumrah is all set to lead India in the fifth rescheduled Test match against England, starting on Friday, July 1 in Edgbaston, Birmingham. He was assigned the role after regular skipper Rohit Sharma was ruled out of the match due to the covid-19 virus.

The fifth Test match was scheduled to take place last year. However, as the India team struggled with the covid-19 outbreak in the camp, the match was postponed. So far, India is leading 2-1 in the five-match Test series. With Rohit Sharma unavailable, Jasprit Bumrah has got an opportunity to make his captaincy debut for the country.

💬 💬 "It's a huge honour to lead #TeamIndia."@Jaspritbumrah93 sums up his emotions as he is all set to captain the side in the 5⃣th rescheduled Test against England. 👍 👍#ENGvIND pic.twitter.com/jovSLbuN7e

As we have seen over the years, the captaincy list for India is dominated by the batters. Very bowlers have had the privileged of leading the country in the red-ball format. On that note, let’s take a look at the list of bowlers who led India in Test cricket before Jasprit Bumrah:

Ghulam Ahmed was the first bowler and the seventh player to lead India in the Test format. He captained India in three Test matches, between 1955 and 1958. The Indian team managed to secure a draw in his first test match as a captain on India’s tour of New Zealand, 1955-56.

The off-spinner then led India again in 1958 against West Indies in a couple of matches. However, the Indian team lost both matches. Speaking about his bowling, Ghulam Ahmed is considered the first great off-spinner India produced. In 22 Test matches, he took 68 wickets at an average of 30.17. His wickets tally includes four five-wicket hauls and one ten-wicket haul.

Srinivas Venkataraghavan was part of India’s famous spin quartet. He claimed 156 wickets in 57 Tests at an average of 36.11 for the country. The off-spinner took over the captaincy reigns from the great Indian skipper Ajit Wadekar in 1974.

Bishan Singh Bedi was the 19th player to captain India in Test matches. He led India in 22 Test matches between 1976 to 1978. Out of these 22, the Indian team won six matches, while 11 ended in favor of the opposition and the rest with no result. During his leadership in West Indies, India chased down the then highest 4th innings score of 406 against at the Port of Spain.

In the following Test match, Bedi declared the second innings with India leading by only 12 runs, as the West Indies bowlers bowled intimidating bowling against the India bowlers, persisting with yorkers. Known for his big heart as a bowler, Bedi took 266 wickets in 67 Test matches, at an average of 28.71, including a ten wicket-haul.

Speaking about Kapil Dev’s Test career as a player, he finished with a record 434 wickets from 131 matches, including two ten-wicket hauls. With the bat, he amassed, 5248 runs at an average of 31.05, with eight centuries to his name. He remains one of the greatest all-rounders to have played for the country.

Anil Kumble was the last bowler before Jasprit Bumrah to have led India in test matches. He captained the Indian team in 14 test matches from 2007 to 2008. Under his captaincy, India won the historic Perth Test in 2008 by 72 wins, right after the Monkeygate scandal.

India won three and lost five Test matches under Anil Kumble’s captaincy. Known as the biggest match-winner for the Indian team, Kumble has taken 619 wickets in 132 matches, including eight Ten wicket-hauls. He ranks fourth in the list of highest wicket-taker in Test matches.