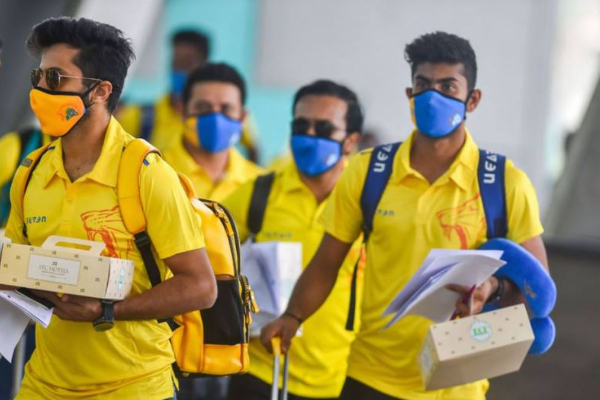 At first, the restrictions were only announced in the city of Pune with a strict night curfew being announced from 6 pm to 6 am during which only medical services were being excepted. A day later after the curfew being imposed in Pune, the Maharashtra government announced a lockdown in the entire state of Maharashtra wherein curfew was announced from 8 pm to 7 am and a complete lockdown on weekends.

The city of Mumbai is scheduled to host 10 games this IPL season at the Wankhede Stadium with 9 being evening games which would be ending after the night curfew begins in the city of Mumbai.

” Considering the match-timings, teams practicing at the CCI and MCA are scheduled to practice in 2 sessions — from 4pm to 6.30pm and 7.30pm to 10pm, permission has been requested for teams and the IPL staff (to) be allowed to practice inside the grounds after 8pm and they may be allowed free movement from the ground to their respective hotels after the said time.” Said Srirang Gholap, Under Secretary of the Disaster Management, Relief and Rehabilitation department

The cash-rich league is all set to kick off on 9th April 2021 with the opening encounter being between defending champions Mumbai Indians and Royal Challengers Bangalore in Chennai at the MA Chidambaram Stadium. So far a couple of players namely Axar Patel and Devdutt Padikkal have tested positive while Mumbai Indians’ wicket-keeping consultant Kiran More was deemed positive today.