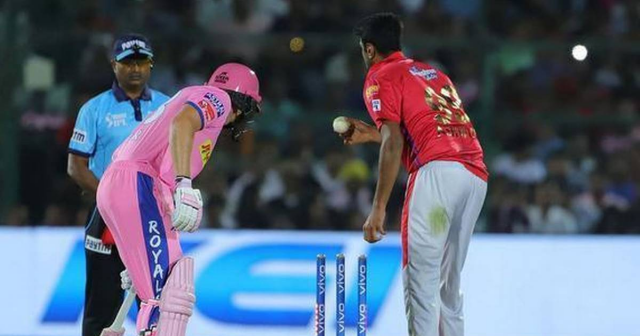 Cricket is a gentleman’s game and we generally do not associate controversial things, with it in comparison to other sports. A bowler tries his best to dismiss a batsman to put his team in the driving seat. Over the years bowlers have tried to send the batsman back to the pavilion by attempting ‘Mankading’.

The act of running out a batsman before the bowler deliveries the ball is termed as ‘Mankading’ in the rule books. This is a different sought of a ‘run-out’ as the ball is still in the hands of the bowler before he completes his action. These mankading moments in cricket stirred a lot of controversies among the fans and the experts.

This is not a new concept as the first dismissal through Mankading took place in 1948. When Indian bowler Vinoo Mankad ran out Bill Brown during India’s tour of Australia. Since then this mode of dismissal has had divided opinions in the World of Cricket. Some call it fair and within the rules of the game and some terms it as ‘unfair’. But after MCC’s announcement on Wednesday (8 March 2022), it appears that the debate would finally come to an end.

Marylebone Cricket Club (MCC) has introduced some new rules in cricket which will come into effect from October 1, 2022. In a big change, The Mankading dismissal has been moved from ‘Unfair play’ to ‘Run out’ section.

“The bowler is always painted as the villain but it is a legitimate way to dismiss someone and it is the non-striker who is stealing the ground. It is legitimate, it is a run-out and therefore it should live in the run-out section of the laws.”, Fraser Stewart, MCC Laws Manager, told the Times newspaper.

Here are the Top 5 Mankading moments in cricket of all time:

In 2014, Sri Lanka was facing hosts England in the series decider of the ODI series. Sri Lankan off-spinner Sachitra Senanayake was getting ready to bowl with Jos Buttler standing at the non-striker’s end. Before delivering the ball Senanayake saw Buttler leaving the crease early and employed the ‘Mankading’ runout.

This incident left the crowd at Edgbaston disappointed as Buttler was sent packing to the pavilion. The Wicketkeeper-batsman of England after the match expressed the bowler was not at fault. He should not have waited for him to release the ball before leaving his crease.