Former England skipper Michael Vaughan is surprised how leg spinner Adil Rashid isn’t one of the highest-paid players in the IPL auction following his performance in the first two T20s against South Africa where England sealed the series by winning the first two matches of the series.

In the 2nd T20 against South Africa at Boland Park, Rashid registered figures of 4-0-23-2 in his spell of four overs and was only one of the two bowlers other than Jofra Archer to have an economy of below six among the England bowlers. It was Dawid Malan who scored an astonishing fifty which guided England to a consecutive win, eventually sealing the series.

Talking about Adil Rashid T20 Internationals record, in the 51 matches he has played for England, he has managed to pick 51 wickets at an average of 25.41 with best bowling figures of 3/11.

Watching the adventures of Adil Rashid with the ball in the 2nd T20I, Michael Vaughan is astonished how the leg spinner from England doesn’t feature in the IPL. Rashid has been part of the IPL auctions on multiple occasions has pretty much gone unsold in almost every auction.

Showering heaps of praise for the leg spinner’s spell against South Africa in the 2nd T20i, Vaughan went on to tweet on Twitter his bewilderment over the spinner not being one of the most elevated picks in the IPL.

“How come Adil Rashid isn’t one of the highest-paid picks for the #IPL ?? Surely he should be #OnOn #SAvENG”, Michael Vaughan tweeted.

How come Adil Rashid isn’t one of the highest paid picks for the #IPL ?? Surely he should be …. #OnOn #SAvENG 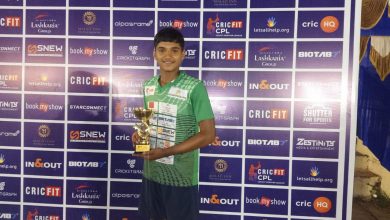