The nerves were high as Kandy Tuskers beat Galle Gladiators in the Lanka Premier League (LPL) on Monday to open their account in LPL 2020. The match ended on an unwanted note with a fiery exchange between Shahid Afridi and Naveen-ul-Haq after he allegedly abused Mohammad Amir.

Meanwhile, all started in the 18th over when Naveen-ul-Haq was hit for a boundary by Amir on the fourth delivery before the pacer bowled a dot. However, things escalated when Naveen abused Mohammad Amir at the end of the over as both came face to face before being separated by others.

The drama once again unfolded when Amir struck him for a six in the last over of the match which only aggravated the matter. Amir was furious with the conduct of the Tuskers pacer and was seen saying something to him angrily while the latter was not ready to back down either.

Naveen-ul-Haq’s teammates had to intervene again to bring the situation under control. As the team was returning to the dressing room, Gladiators captain Shahid Afridi soon decided to talk to Naveen-ul-Haq for his conduct when the players were greeting each other after the game.

Shahid Afridi was greeting everyone with a smile before his expression changed when he saw Naveen. The former Pakistan skipper seemingly said, “Kya ho gya? (What happened)”. He went on to say something else to the pacer and the latter replied to it too.

Smiles from Afridi – and then a scowl! 😁😠

Speaking of the game, Kany Tuskers beat Galle Gladiators by 25 runs to register their first win of the tournament. They fell 27 runs short in a high-scoring game in pursuit of 197. Gladiators are yet to open their account in the ongoing tournament. 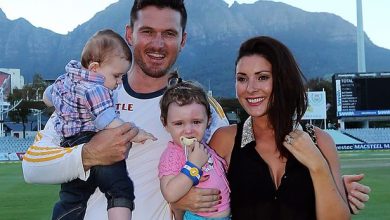