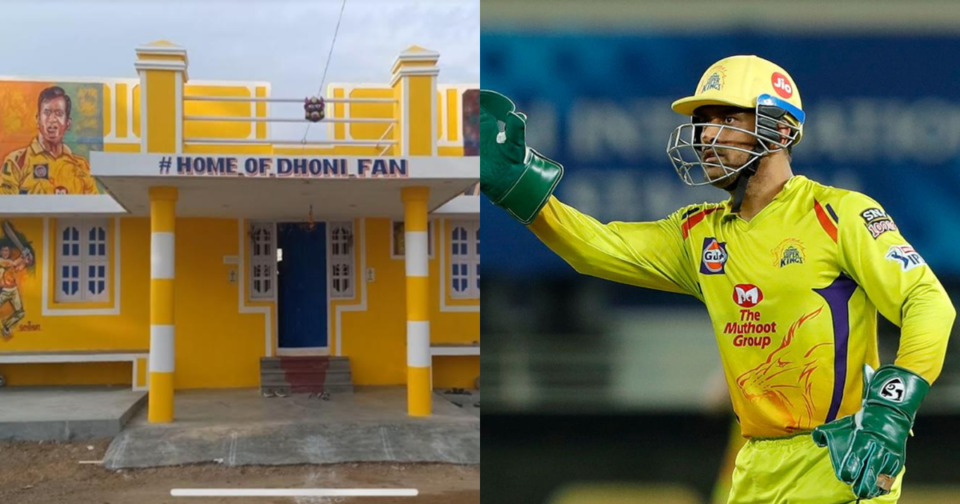 Meanwhile, the Super Kings had a forgettable season as they bowed out from the group stages in IPL 2020. This is the first instance when Chennai have failed to make it to the playoffs in a season where they have participated. Skipper MS Dhoni, who returned to action after a gap of more than one year, also looked completely out of touch.

However, the love for Dhoni and Chennai Super Kings have been neverending. They have rooted for their favourites team and player even in these difficult times which got MS Dhoni emotional. In a video recently uploaded by CSK from their official handle, Dhoni addressed his super fan Gopi Krishnan, who had recently shown a great gesture by painting his entire house in CSK colours. He had also named his house as the ‘Home of Dhoni Fan’.

“I saw it on Instagram and I think it’s a great gesture. At the same time if you see, it’s not only about me, they are the biggest fans of CSK also,” MS Dhoni said.

“The way they have done it, everybody will know what they are really talking about. It shows the kind of feeling they have towards CSK and towards me. It’s not something that can be done very easily, you sit and decide and the whole family needs to agree on that and then you go-ahead with something like that,” Dhoni added.

Also Read: KL Rahul Is Lucky To Be In The Indian Squad – Sanjay Manjrekar Sparks Controversy

“This is something that will stay. It’s not a social media post where it will disappear overnight. I am thankful and I would like to say thank you to the entire family. I think it’s a great gesture,” Dhoni further added.

Meanwhile, three-time champions Chennai Super Kings have looked completely out of socks managing to win only four out of their 12 matches. The ageing side has failed to cope up with the challenges and MS Dhoni has already hinted at massive changes ahead of next IPL.