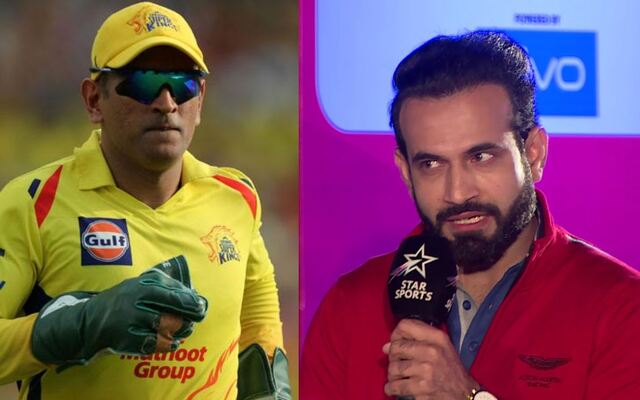 If there is one thing that has looked so odd about this IPL, then that surely has to be the dismal performance of the Chennai Super Kings franchise. They started off well on a high against the Mumbai Indians side in the opening game of this season but ever since that day they have looked far from ordinary this season.

Obviously, the loss of star players like Suresh Raina and Harbhajan Singh is irreplaceable but even with the strength that they have in their side, they haven’t been able to deliver with any great show. To add salt to the wounds, Ambati Rayudu too picked up an injury and hasn’t represented them ever since that first game.

Former India all-rounder Irfan Pathan, who played for the Chennai franchise in the past has now come up with a plan on how CSK can improve their performance this season.

Irfan Pathan said that for the first time in many years the Chennai Super Kings side isn’t looking a settled side. Even though they have no plans of bringing back Suresh Raina, they haven’t even named a replacement for the CSK stalwart.

“For the first time, it is looking that the Chennai Super Kings team is not settled. They had problems before the start of the IPL, Suresh Raina went back and they have not taken a replacement for him till now,” said Pathan on Star Sports show Cricket Connected.

MS Dhoni should bat for 10 overs

Since Suresh Raina isn’t a part of the Chennai Super Kings franchise, their team composition has been affected very severely. If Raina would have been there for the franchise in yellow then he could’ve been used as an extra bowler. But in his absence, CSK are only playing 5 bowlers with Kedar Jadhav, not bowling has become a cause of concern.

“Because of that, there have been a lot of problems in the team composition. If Suresh Raina had been batting at No.3, they could have played an extra bowler. Currently, they have only 5 bowlers. Kedar Jadhav not being bowled by MS Dhoni is also a cause of concern,” he added.

Irfan Pathan feels MS Dhoni who is an all-time T20 great should bat at least 10 overs for the Chennai Super Kings side. Also adding that Chennai should field in an extra bowler in the lineup to sort their team combination.

“The teams which have been playing with an additional bowler in the IPL are looking stronger. More than a finisher, MS Dhoni is himself such a great finisher. He needs to ensure that he plays at least 10 overs and Chennai Super Kings must field an extra bowler. Then the rest of the things will be set,” said the former pacer.