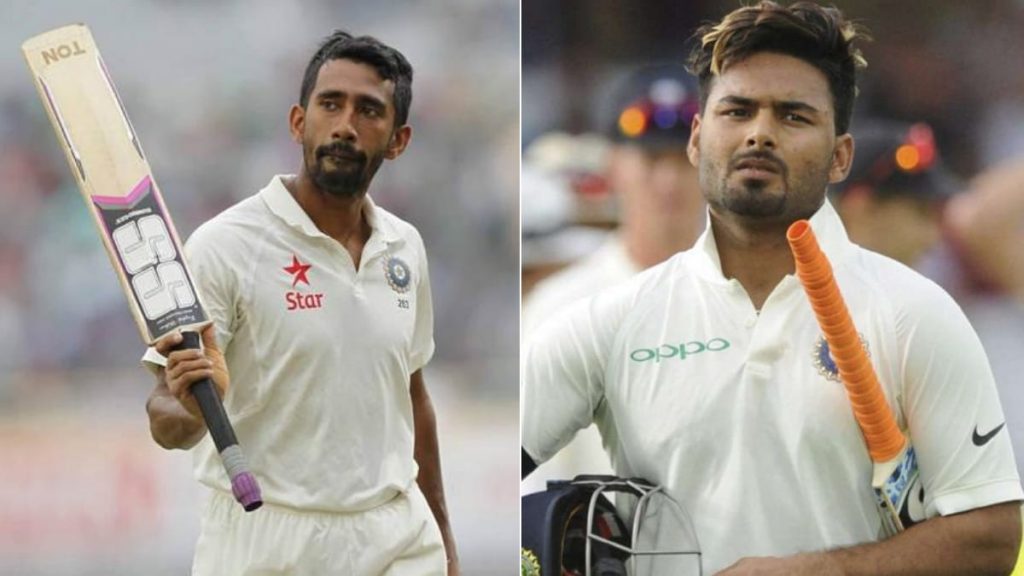 Wriddhiman Saha’s failure in the first Test has once again brought Rishabh Pant back in the fray with former cricketers backing the youngster to play the 2nd game. However, former cricketer Murali Kartik feels both Saha and Pant should play the Boxing Day Test at the Melbourne Cricket Ground in the absence of skipper Virat Kohli.

Ever since the humiliating eight-wicket defeat in the opening Border-Gavaskar tie, the critics have suggested an array of changes India should make going into the 2nd game. Shubhman Gill in for Prithvi Shaw and Rishabh Pant over Wriddhiman Saha – the management are likely to make these two changes apart from the forced change due to Mohammed Shami’s injury.

Rishabh Pant can play as a specialist batsman – Murali Kartik

But cricketer-turned commentator Murali Kartik is in favour of playing both Wriddhiman Saha and Rishabh Pant in the next Test. Kartik said instead of roping in KL Rahul, who has not played a Test match since August last year, India can use Pant as a specialist batsman with ‘X-factor’. He backed stand-in skipper Ajinkya Rahane to promote himself up the order and bat at no.4 in Kohli’s absence.

“One more thing can happen is that Ajinkya Rahane who plays up the order in first-class cricket can himself come at No. 4 because of the forced change. You can use Rishabh Pant just as a batsman with the X-factor,” Murali Kartik said while speaking on Sony Sports Network.

“Everyone is seeing KL Rahul’s form but when he was left out of the Test team, it was because of his Test form. Now he came back in the team because of other things. When someone sees the recent form, they feel he is in form,” he added.

Speaking further, Murali Kartik stated that Prithvi Shaw didn’t look confident in the first Test and might make way for Shubman Gill in the top-order alongside Mayank Agarwal.

The second Test between India and Australia which is also the Boxing Day Test gets underway from December 26 at the Melbourne Cricket Ground.