Wicket-keeper batsman, Dinesh Karthik, recently spoke about his goals and how age isn’t a factor when it comes to securing a spot in the Indian Cricket Team. The Tamil Nadu captain, who made his debut back in 2004, was never able to establish himself in the cricket team.

Karthik’s career was all set for take-off after his performance in the Test series against England in 2007. He was the leading run-scorer (265 runs in 6 innings), helping India win their first series in England in 21 years. A dip in form followed, and this led to his exclusion from the team. Ever since his appearances for India have been sporadic, to say the least.

‘I am doing everything I can to be a part of that.’ – Dinesh Karthik on T20 World Cup

Although he has fallen out of favor in recent times, Karthik hasn’t lost his heart yet. The former Kolkata Knight Riders captain recently reacted to his omission and still aims to play the upcoming T20 World Cup, in 2021 and 2022 respectively. 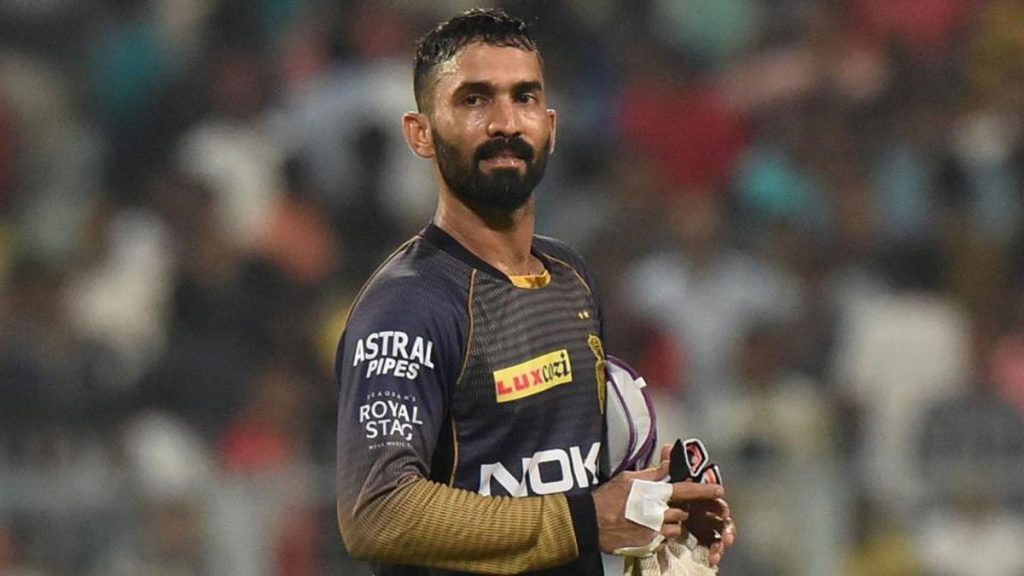 Dinesh Karthik goes on to talk about his axing from the team following the 2019 World Cup semi-final loss against New Zealand. The veteran wicket-keeper batter believes he had to face the axe because India had a premature end to the World Cup campaign.

“I know I have done really well in the past and even when I got dropped from the team after the World Cup, I thought I had done phenomenally well for India in T20s up till then, but because the World Cup did not go well, I got chucked out of the T20 as well,” he concluded.

Dinesh Karthik will next be playing in the second phase of IPL scheduled in the UAE. He failed to make much of an impact in the first phase. If he can manage a turn-around, he will have a decent chance of making the Indian squad for the 2021 T20 World Cup.